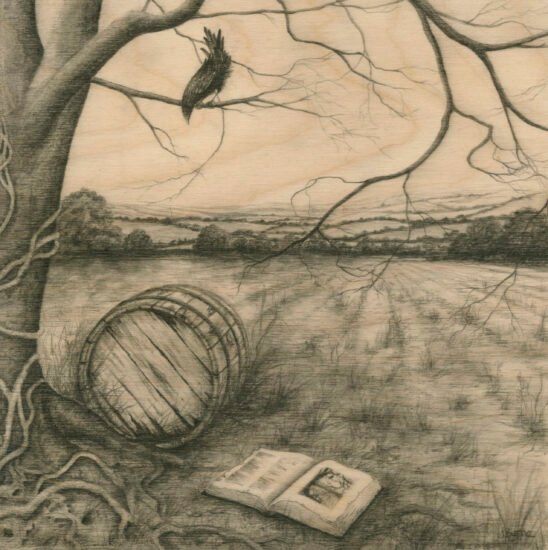 The Lost Trades are here with their debut album, The Bird, The Book and The Barrel. But, who is this West Country folk supergroup? They are the collective talents of Jamie R Hawkins, Phil Cooper and Tamsin Quin. Individually, they are impressive songwriters in their own right, creating outstanding tracks such as “Thank You, Friend” (By Jamie R Hawkins), “Tell Me It’s All Ok” (By Phil Cooper) and “Jennifer” (by Tamsin Quin). However, they have combined forces to create a collection of songs focused around their “three-part harmony and modern folk instrumentation”.

Setting the mood for the album comes “One Voice”. A perfect title to highlight what The Lost Trades are all about, their voices. Its opening guitar sets the stage for their vocals to shine. They do so with the lines, “Only when we sing with one voice will this song be heard by those who need to hear / Only when we stand together can we make it loud and make it clear”. It moves along effortlessly, letting the music breathe naturally with their guitars adding so much to the mood. A track summed up the album with the line, “One voice is a legion / Only when we sing with one voice”.

As much as the opening track was about the voices, The Bird, The Book and The Barrel has a lot more to offer. “Road of Solid Gold” highlights the musical and arrangement abilities of the trio. Featuring the violin talents of Peter Knight, they blend their talents to create more of a country feel. From the outset, Knights work instantly grabs the listeners attention. He continues to do so as the song progresses, helping to create a captivating soundtrack to support its story about a travelling man as highlighted by the lines, “It’s a long way to go when you travel alone / But the long winding road is solid gold”. As for the remainder of the album, the music has a stripped-back feel. It adds so much warmth to accompany their lyrics and voices.

With so much audio goodness on offer, their wordplay is a little overshadowed. It should not be, as “Good Old Days” confirms. A story about how good life used to be. They use their way with words to paint the scene for reasons to reminisce. They use lines such as “We were superheroes with only time for fun and games / How were we to know that everything was about to change?” to highlight their reflective mood. Their songwriting talents also flow into their hooks as they mould them to create singalong moments. One of their best is “Kingdom Falls”. It is an exceptional moment from the album, with a chorus that makes the listener want to join in. They do so with lines including “And the measure of my being will lost beyond recall / When the cracks appear upon my castle walls / That’s when my Kingdom Falls”.

As already mentioned, this collection of songs excel thanks to The Lost Trade’s voices. Either taking turns to lead the line or combining to deliver sublime harmonies, this trio never fails to impress. “Hope Cove” is the group at their best. After the soundbite of waves hitting the shore, they add some great use of their guitars. Quin then gets the story started with the lines, “There’s a place we used to go / At the end of the land, it’s called Hope Cove”. Even though she performs solo for most of the track, it is the hook that shines the most. The harmonies add so much to “There’s no need to miss me, I am right beside of you / Keep reaching out to kiss me ‘cos I am here and I feel it too / Honey if you’re lonely you know where to find me… at Hope Cove”.

Either solo or together, it’s hard not to be impressed with the vocal quality found within ‘The Bird, The Book and The Barrel’

With so many great examples of their musical talents and songwriting, which one stands out the most? Personally, this was an easy choice with “Distance Brings Us Closer”. As always, the opening guitar work is beautiful on the ears. Then the tale begins with, “Bird song, Through my open window. Crayon, Chasing paper rainbows / Watch the shadows climb the wall, mark the passage of the day”. As the words are delivered, they are as delicate as the music. From its beginning to its end, the vocals (either solo or collectively) are exceptional. When they blend together, it shows the chemistry these three artists have together. It sounds so good it is a little disappointing when it comes to an end.

The Bird, The Book and The Barrel is a beautiful listening experience from beginning to end. With captivating guitars and gorgeous vocals, it is an audio delight. The Lost Trades should be proud of what they have created. Hopefully, it’s just the beginning of a long journey for them together. 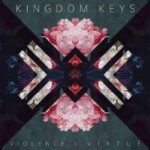 The Wait Is Over, Kingdom Keys Are Back With Their Epic... Previous
Tom Tikka & The Missing Hubcaps "Heart's On Fire" Next 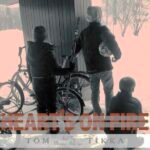 Blue Mallee wants us to ‘Shout That Whisper’