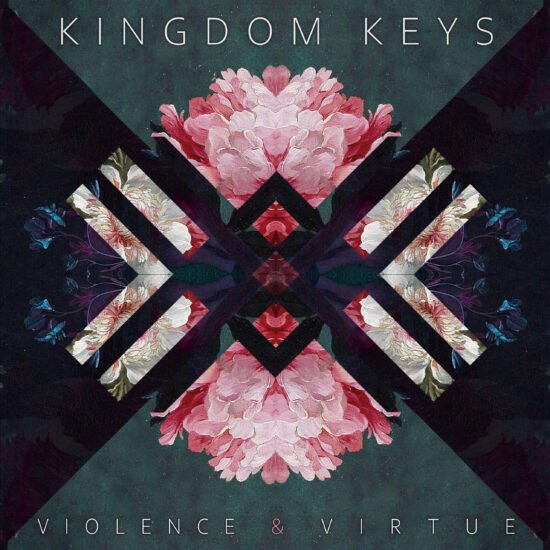 It’s hard to believe it’s been five years since Kingdom Keys released their epic Beyond What You See EP. It was six flawless songs that showcased the high calibre of talent they had to offer. Quality tracks such as “We Are Kings” and “You Are Not Alone”, resulting in many high profile shows and positive reviews. Sadly, due to reasons outside of music, an unofficial hiatus occurred. However, Sam Jason Cook (vocals, guitar), Daniel Bareford (guitar, vocals), Danny De Ara (guitar), Jay Harrison (bass, vocals) and Simon Benefer (Piano, vocals) are now back! Along with new drummer Tom Hartley.

Before the hiatus, most of the guys were working away on their debut album. Recently, they started adding the finishing touches to their new music. They also brought in producer Lee Batiuk (Deaf Havana, The First) to bring the final pieces together. Kingdom Keys are proud of what they have created with their new album called Violence & Virtue. They say it, “Explores the heavier side of their influences, whilst keeping true to the heartfelt nature of ‘BWYS’. ‘V&V’ is a journey through human emotion, portrayed throughout an album that can bring tears, rouse a call to arms, hit the dance floor and then the mosh pit, all threaded together by Sam’s stellar vocal performances and a band playing out of their skin”. The new chapter of Kingdom Keys is now upon us.

For fans, there were high expectations due to the calibre of their previous works. Kingdom Keys decided to choose “War” as their first single and opening to Violence & Virtue. It has a lot to say. Its soft build-up is soon joined by the opening lines, “Hello / I know you’re out there / Waiting / For gods among men to decide if we fall / I know you’re out there / Waiting… waiting”. Then the band are unleashed with an explosive sound, previously unheard by them. Its impactful rock energy pulls no punches. Its verses have a familiar feel with the vocals, but the hook is a different animal. Especially when Cook hammers the lines “Oh, it’s never-ending / Are you ready for war”. A start that hints this release will offer something a little different compared to their debut EP.

Their new sound flows into “The Noose”. Not sure if it is Hartley’s addition to the group or a planned change, but the drums are standing out a lot more than before. The track offers another great vocal display by Cook, especially during the hook. As soon as the guitars kick in for “Oath”, it draws the listener in with more of their infectious sound. Even the vocals match the mood. There is something special about this song, which is hard to describe. Maybe it is the catchy chorus or how the band pack a punch with the lines “Be brave and say what you want / Don’t give to take / Your thoughts are yours / Love one another”. Whatever the reason, it results in something which demands attention.

“Surrender” offers more of their big chorus’ that will make the listener singalong. But, the arrival of “All I Know” offers something different. Its opening changes the pace, especially when the piano comes into play. Even the vocals have changed as Cook adds more emotion to his tone. He does so with the lines, “When it all comes down to violence and virtue / I’m not begging just to lose”. The band feel more controlled, but they do spring into life when the chorus arrives. It offers an impressive balance to the song. Again, showing the depth of sound which the band has to offer.

Now to the shining beacon from Violence & Virtue, “Book of Wolves”. Personally, it has everything which makes Kingdom Keys sound so good. Its intro is a beautiful combination of piano and strings. Soon, Cook’s delicate tone shares the opening lines, “Heaven called; they want to speak to you / Are you ready for that”. It continues with the band helping to deliver a delicate soundtrack. Then 90 seconds in, the band explode to show off how good they can rock out. Again, Hartley brings the thunder with his drums.

The pace changes yet again when the guitars and drums dance around each other with some attitude. Then, Cook joins back in with, “Heaven called and they want to speak to everyone / We have taken more than we were told / Deals were signed before / You blame now anyone / Now the hounds are at your door”. Afterwards, everyone steps it up further by adding more power to support their words “Just show / Every deed brings the ends of the Earth / Till you’re worth you own weight in golden cruel words / He’s learning fast – learning fast / Let’s throw him to the wolves”. It’s a rollercoaster of a song that never fails to impress with every listen.

Next comes “Borrowed Time”, which offers more of a pop vibe. Following on is “Eidolon”, which slows the mood back down but packs a punch during the chorus. So far, Kingdom Keys have let their music and vocals steal the spotlight. However, tracks such as “Old Days” highlight they have much more to offer, especially with their lyrics. Its gentle intro lets Cook’s delivery of the opening verse (which is also its chorus) grab the listeners attention. There is something about these words and their emotional delivery. But other moments within the song also show off their lyrical talents. These include “I’ve been a friend to ghosts before / Out on the edge of it all, in the old days / I know what I must do, but I can’t go back to / Loving you, I know, was hell”.

As we approach the final part of the album, tracks such as “Watch You Go” and “Parable Man” continue to highlight their talent for creating a killer hook. Violence & Virtue opened up with a huge bang, but they chose to close with something a little different. “Loyal Heart” sets the mood with the gentle use of the keys. Then, Cook’s emotional tone delivers the opening lines to perfection with “Oh dear It sounds like an excuse / Or I have I found the rough side of your tongue”. Lyrically, it does not have as much to say, but when it does, it is captivating. Its atmospheric sound is simplistic through the first half of the song, but then the band slowly build up with an energy that would echo to stunning effect through a stadium. Together, the vocals and music intertwine to create something impactful and not so easily forgotten.

Some things are worth the wait. Kingdom Keys new album ‘Violence & Virtue‘ is one of those things.

It is clear to hear why Kingdom Keys are proud of what they have created with Violence & Virtue. It is an album with depth within its songwriting and a sound that is not afraid to mix it up. As much as their debut EP was impressive, this album is something else. Now, press play, enjoy and spread the word! 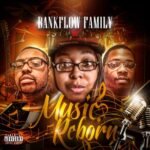 BankFlow Family Spreads Positivity on 'Music Reborn' Previous
The Lost Trades Let Their Voices Shine On 'The Bird,... Next 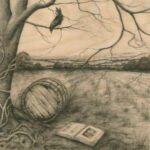