It is more often than not that when an independent label album gets released it will go relatively unnoticed besides the small circle of dedicated fans.  But when there is something special in the music it will stick around and steadily build a following.  This was the case with The Shivers and their seminal release CHARADES.

The band was formed back in 2001 in the New York City underground.  Songwriter Keith Zarriello is the force behind The Shivers using his haunting voice and dark songwriting style to truly reach into the listener’s soul.  Back in 2004, after truly impressing the Austin, Texas based indie label Whiskey and Apples they together released Charades.  The 11 song album did not really capture much attention at the time as the world, especially NYC was in turmoil at the time.  As time progressed though more and more people discovered The Shivers and become very vocal in sharing their music.  Some of these new fans are pretty well known such as Patricia Arquette, Aaron Paul, and Daniel Radcliffe.  A kind of cult following started happening and publications like SPIN and Pitchfork brought the music to their readers.

With this newfound attention, and the tenth anniversary of CHARADES upon us The Shivers will be releasing a limited edition re-pressing of the album on October 17th, 2014.  The music will fit in well with today’s mellow and minimalistic music.  From the raw sound of songs like “I Couldn’t Care Less” to the electro experimentation of “Bedroomer” there is something here for all fans of underground music.  My personal favorite is the slow and deliberate “L.I.E.”.  The simple guitar struts and Keith’s emotional voice seems to mesmerize throughout the song.  Enjoy it below:

This is definitely an album that any true music lover should check out.  Here is the preorder page for the re-issue: 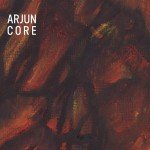 Arjun - Another Excellent Instrumental Album From Our... Previous
Dr. Dance - A Lifelong Dream Fulfilled To Dance Away... Next