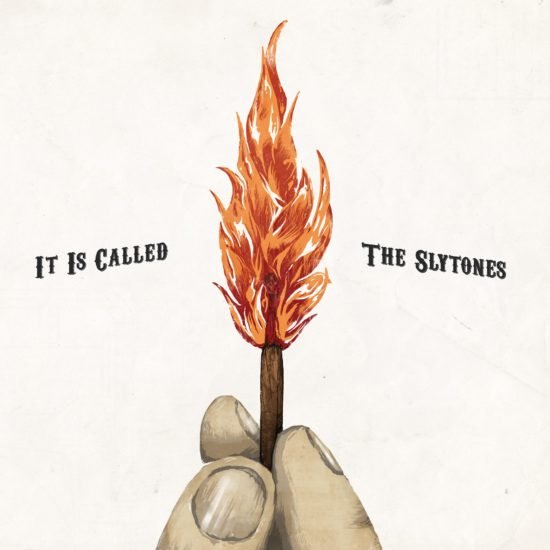 The Slytones are a band with a unique sound. They describe it as “A sound that encompasses everything from schizophrenic fairground avant-pop and queasy skanking swamp-ska to crunching left-brain hard rock and mad scientist anti-funk, this twelve-legged creative force is simply one of the most inventive and mind-boggling bands”. Together it blends a cocktail of genres which guarantees to catch people’s attention.

This band has a goal when it comes to their music. The Slytones frontman Ashley Edwards confirms “The plan was always to make any noise we want and to write music however we felt like at the time. We want to say anything to the world we want, to express our personalities as clearly and transparently as possible. It’s about urges, desires, needs, flaws, thoughts, beliefs”.

With this in mind, Ashley Edwards (lead vox/guitar), Bradley Wescott (guitar), Chip Phillips (keys/vox), Freddie Hills (drums), Warren (bass guitar/vox) and Robin O’Keeffe (percussion/vox) went to work on their debut album. With a few EP’s already out onto the world, they wanted to give a real showing of The Slytones’ experience. After a lot of blood, sweat and tears, their new release It Is Called was created.

So, what does It Is Called have to offer? First of all, they deliver their cocktail of sounds to create contagious energy. Its tempo is unpredictable and varied, keeping the listener on their toes. Add to this formula the vocal presence of Edwards, whose gruff tone can pack a wallop. His voice adds extra impact to the captivating stories this band has to share. Some of which have words which may offend some.

Let’s talk about the three songs which illustrate why this album is essential listening. First is the opening track “She Said She Came From the Sea”, which perfectly showcases the talents of The Slytones. With vibes of Tom Waits, its bluesy intro kicks off with the lines “Oh true to the bone / I long for my love / I sit on my throne / My Kingdom forgot”. The verses show off his voice, which is supported by some great backing harmonies. When the chorus arrives, the mood changes with the repeated line “She said she came from the sea”. It causes a switch in momentum when it arrives and adds to the band’s unpredictable nature.

Another standout moment is “Pull Your Fingers Out”. It is the longest track by far, just under 8 MINUTES! However, it does not feel that long as the guys take you on a journey. With its slower tempo, it allows Edwards to show off his range and more emotive tone. These talents deliver a song with impressive lyrical depth. Of which, the delivery of the lines “When I hear the call / Of the ancient fool / A brave man once said / Do not fear the dawn / Worship her lazy sister / Creature of the Night” stands out. But, it is the ever-changing musical landscape which steals this show.

When these guys hit their stride, their music has a swagger to it. No track highlights this more than the outstanding moment “Shake The Cage”. The first few verses have a slow tempo with a hint of what is to come slotted in between. After that, mood picks up when they deliver the line “Shake the cage”. After that, things become infectious with their foot-stomping beats and the arrival of the verse “Dancing wildly / Through the fire / Well I can’t fight these demons / That shape my desire”. It’s hard to ignore the playful energy that they give off and makes it easy to sing along with the lines “Shake the Cage” when they come into play. It is the type of song that would go down a storm during their live sets.

Crazy, unpredictable and fun. This is what to expect with The Slytones new album ‘It Is Called’

In a world where a lot of music is safely assembled like paint by numbers, their album It Is Called is not.  It may seem like an uncontrolled wild animal, but it is so much more than that. The Slytones have created something that entertains from its captivating stories to its infectious sound. Do yourself a favour and give this release a listen TODAY! 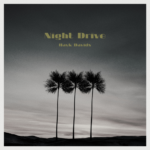 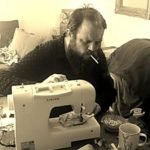