Sometimes life goes in a direction to lead you away from the things you love most.  But when there is a passion the road will eventually lead back to where you truly belong.  Music has often been one of those passions and we seem to have found a great example in our latest find Tommy Homonym. 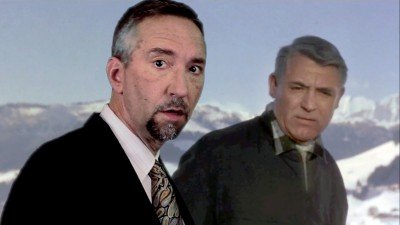 The singer/songwriter now based in New Jersey has come to the music game late in his years.  There is no lack of young vigor in his writing and performing style though.  Tommy Homonym has turned his life experiences and knowledge into a bevy of songs that are expertly crafted and have a true passion behind them.

Last month Tommy Homonym released his first album, Uglier Than You.  The 10 track record has a deep and slightly dark feel to it at times but features the musicianship of a gifted artist.  The album opens with a cover of Austin singer-songwriter Christine Cochran’s track “WHat’s There To Eat”.  Tommy’s debonair vocals add much to the dark theme of the song.  What should be a depressing song is somehow uplifted by the held back energy of Tommy.  The empty sonic space of other tracks like “From Over Here (To Over There)” and “Heavy Rotation” let the listener focus on the phenomenal voice of Tommy Homonym without distraction.  He has gone all out with an innovative music video for the song “Irresistable”.  The video was conceived and created by George Wada.  In it Tommy haunts the classic 1963 thriller Charade, wandering the streets, cafes and tunnels of Paris, smitten with both Audrey Hepburn and Cary Grant. Tommy’s outsider presence in Charade (which is in the public domain and therefore usable without paying a royalty) craftily amplifies the theme of “Irresistible,” an ode to an impossibly beautiful, widely worshiped person he knows he can never have.  Enjoy the video here:

Keep tabs on this late blooming star at: www.tommyhomonym.com 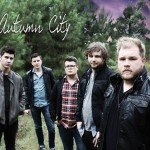 The Autumn City - First Of Their Monthly Single Releases... Previous
Norine Braun - Personal Music With Strength And Meaning Next 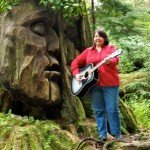