We recently came accross an artist with a real mission behind her music.  When a talent has devotion to a meaningful goal there is nothing that can hold them back.  Enjoy our interview with singer/songwriter Torrey Mercer below:

How did you get your start in all these areas?

Well, I started by singing in musical theater productions when I was much younger, and it eventually turned into me pursuing pop music when I turned 17 and going on an antibullying music tour that lead me to really pursue fighting against bullying.

You seem to have a strong feeling about Anti-Bullying.  Can you share your experiences that led you down this path?

Of course! Really it started with that No Bully National music tour I did on the East and West Coast, and continued from there. I realized I had a passion for writing and performing music for a cause, and began writing music about my own experiences with being bullied when I was younger, and working with National charities such as the American Foundation for Suicide Prevention to raise money for those teens and kids who are driven to suicide due to bullying. I eventually became a motivational speaker for elementary and middle schools and haves spoken at schools all over the West Coast. I have a 90 minute program where I work with the kids and talk to them about their school specifically and how bullying affects them, and I am hoping to expand my program and to make it national.

Who would you say influenced your sound?

I think that my sound is influenced by a combination of becoming connected to soulful music because of childhood influences in my life, by rock music as I have matured, and most of all, by the current pop charts. Examples of artists who have influenced my image and sound include Lady Gaga in her early days, Kelly Clarkson, Demi Lovato, and Beyonce.

The recognition has been rolling in for you.  Fill us in on some of your awards

Thank you! I won the title of “Inspirational Artist of the Year” and “Best Teen Artist” at this year’s 2014 Artist in Music Awards, and last year I won “Best Pop Song” for my original song Looking Glass in the 2013 Indie Music Channel Awards. I’m very grateful for the recognition!

Your latest video for “I Believe In Me” sends a powerful message.  Tell us about it.

Thank you very much for that as well. Really, with that video I wanted to expose some of what I do when I go to schools and speak to kids in assemblies, and also to send a message to kids everywhere about believing in themselves and finding a power within them to rise above their situation. This is one of the main points that I teach kids in my assemblies: everyone can be their own hero.

The National Anti-Bullying Tour was a big deal that covered both coast of America.  What was being a big part of that like?

It was an amazing experience that really exposed me to what touring on a National scale is like. I met a lot of amazing kids and new fans, and it is an experience I will always remember.

There are big goals for you and we hope you achieve all of them.  What is next for Torrey Mercer?

Thank you very much for that. I am currently working on an EP that I am hoping will be done and released by the middle of next year sometime, as well as working on further expanding my antibullying program into high schools, and touring more nationally with it. I may also be working with another international charity when I tour in the near future, but more details about that can be found on my social media! 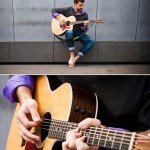 Adam Schneider - Songwriter Using His Gifts To Spread... Previous
Amberson Baggett Band - The Timing Is Now Right For New... Next 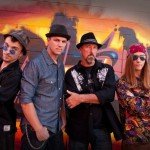