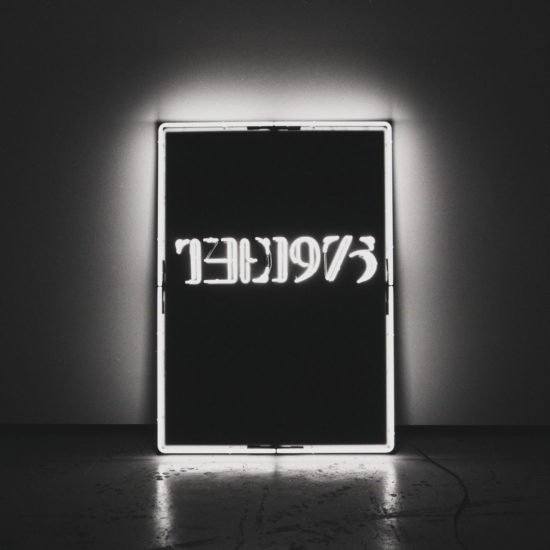 Amidst a massive five-continent tour that will take them through the spring, summer, and fall, English alt rockers The 1975 stopped by the Barclays Center on Tuesday to bless Brooklyn with a killer spectacle of light and sound.

Despite the specificity of the band’s name, The 1975 has borrowed from many decades to create the sounds on their latest album, I like it when you sleep, for you are so beautiful yet so unaware of it, which dropped in February.

The band opened the show with, “Love Me,” a dance pop track that features funky electric guitar riffs, wiggly synths, and a line in the chorus that’s strikingly similar to The Isley Brothers’ 1969 hit, “It’s Your Thing.” Everyone in the crowd jumped up upon hearing the song’s easily recognizable opening chords.

Dipping into the ‘80s about a half hour later, the band played “Change of Heart,” a bouncy, synth driven song reminiscent of new wave rockers The Talking Heads’ “This Must Be the Place (Naïve Melody).”

The 1975’s front man, Matty Healy, channeled ‘70s and ‘80s style as well, looking a bit like The Cure’s Robert Smith with his long, unkempt hair, buttoned up suit, and goofy dance moves. Watching Healy move waifishly about the stage jogged my memory of author Roxanne Gay’s tweet about him looking like he had no bones during the band’s February Saturday Night Live appearance. 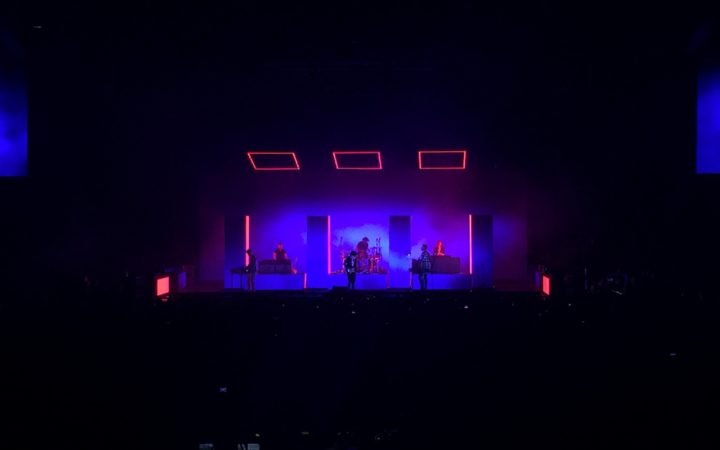 Committed to the importance of music, the love of his fans, and the power of living in the moment, Healy has remained loyal to his transformative on-stage persona for several years now. Before playing “Falling for You” and kicking off a stint of slower songs in the middle of the show, he asked for everyone to put their phones away and just enjoy the song together.

Luckily for me, the band also did justice to their 2013 self-titled debut album, playing a handful of gems throughout the show including, “Heart Out,” “Robbers,” and one of my favorite 1975 tracks, “Menswear.” It was clear the arena was packed with other loyal fans because people let out shouts every time they recognized the start of the next song’s instrumentals.

Not only did the band deliver huge sounds, but they also deserved some awards for set design. In lieu of traditional spotlights, every single song had distinctly colored lighting, illuminating the stage behind the band members, who remained dark silhouettes for the entirety of the show. The stage’s kaleidoscopic visuals perfectly matched the band’s dreamlike sound. 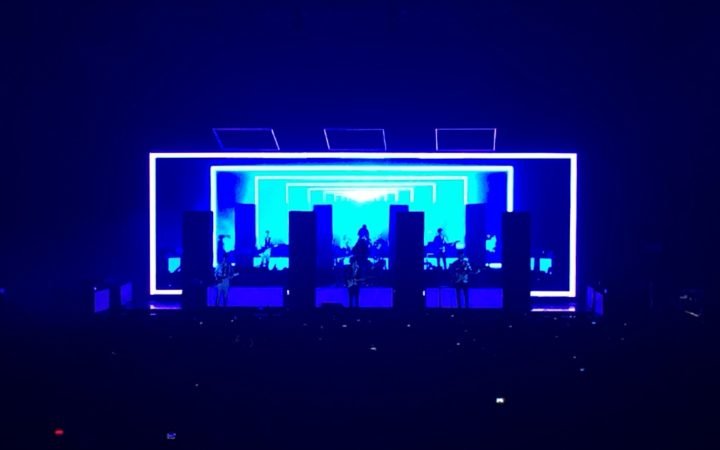 They finished with the upbeat sing-a-long “Girls” before a brief departure and return to the stage for an encore. Healy, with a slew of backup singers behind him and a cigarette hanging from his lips, strummed the rhythm for the Bic lighter/iPhone flashlight song, “Lostmyhead.” Transitioning to end on a high note, they jumped into “Chocolate” and “The Sound,” hit singles from their first and second albums respectively.

As a surprise at the end, Healy brought out the band’s drummer, George Daniel, who had been hiding back stage, unable to play shows after suffering a recent shoulder injury. The crowd screamed upon seeing him and Healy introduced the band a final time before they launched into their lead single, “Sex.”

The 1975 will be on the road promoting their new album through the end of September and I advise that you run, don’t walk, to the show when they hit a city near you. You can see the full list of tour dates here, and hear their music on iTunes, Amazon, and Spotify.

Love Me
Ugh!
Heart Out
So Far (It’s Alright)
A Change of Heart
She’s American
Menswear
Loving Someone
Falling for You
Somebody Else
Robbers
You
Paris
Girls
Lostmyhead
Chocolate
The Sound
Sex 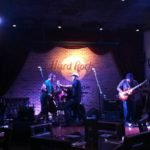 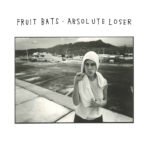