Appalachian Road Show Brings Music Back To The Hills 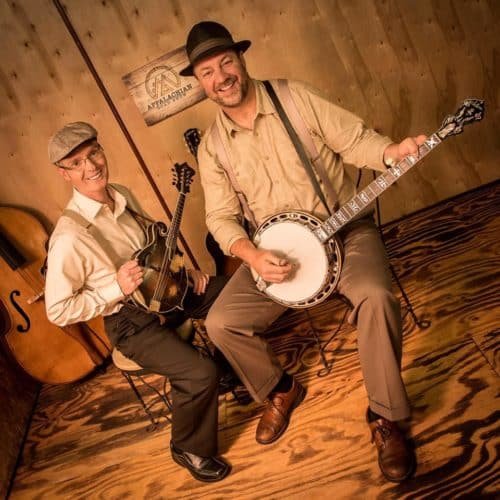 As the spoken word intro to Barry Abernathy and Darrell Webb present Appalachian Road Show crumbles away like bits of earth that fall at the feet of “Little Black Train,” the lush string pattern that carried the first track of the album evolves into a textured, movingly dark ballad in its own right. “Little Black Train” is a desperate, reverent statement from Appalachian spirits long gone. The percussive gallop of the banjo clashing with the mandolin is even more telling than the lyrics; our wicked past is about to confront us head on like an out of control train, and the only thing that can save us is the sonic atonement offered by Appalachian Road Show.

If you’re able to slip away from the evocative thunder of “Little Black Train,” Abernathy and Webb inject a light at the end of the tunnel to nurse your battered consciousness in the form of “Dance, Dance, Dance.” A cover of Steve Miller’s staple classic rock song, Appalachian Road Show gives it a country-style varnish that retains the pristine structure of the original but isn’t afraid to get a little wet and wild with the beat. This is a roaring cover that surprised me with its uniqueness – all the hallmarks of the energy Miller gave to the song are still intact, but it feels fresh, untried and unabashedly Appalachian. It might not be the juggernaut that “I Am Just a Pilgrim” is nor as ironic as the passive but effective “Lovin’ Babe,” but musically it stands as tall as any of the content we’re privy to in this record just the same.

In contrast to “Dance, Dance, Dance,” “Broken Bones” and the jittery “Milwaukee Blues” are mixed with a much more singer/songwriter-favoring EQ, but the instruments aren’t piled on top of each other indiscernibly. When I saw Jim VanCleve’s name attached to this record (contributing his skills on fiddle), I had a feeling I was in for an aesthetically pleasing production from behind the soundboard, and my gut instinct was right. The definition in these instruments is staggeringly real and vivacious. The textures that we pick up in the fiddle parts alone would be enough to satisfy my taste, but the addition of all these other elements is truly exciting.

Every one of the songs that we come in contact with in Appalachian Road Show’s virgin collaboration is appointed with passionate performances by Abernathy and Webb, and I even think that there’s a touch more emotion in their string play than there actually is in the vocals. The singing is excellent and beautifully harmonious with the record’s tonality, but the slivers of instrumental gold that we find in “Georgia Buck” and especially “Old Greasy Coat” are captivating nuggets of sonic brilliance. I’m not even a huge bluegrass fan, but I can tell that there was a lot of work put into refining these melodies. The somber sway of “Piney Mountains” speaks for itself, while the deceptively bright “Anna Lee” contributes a more enigmatic flare to the collection of ballads and breakdowns.

For being a collaborative effort between two accomplished musicians in their own right, the chemistry that Appalachian Road Show’s new record sports is a force to be reckoned with, and adding Jim VanCleve to the lineup really puts the fullness of their musicality over the top. Barry Abernathy and Darrell Webb present Appalachian Road Show is not an easy listen by any stretch of the imagination – it’s a cinematic, intrepidly designed masterclass in the music of an often forgotten part of the American south. It’s stately mix and nimble arrangements make it a safe bet for Country, bluegrass and folk music buffs alike, and I think that if Abernathy and Webb continue to develop this sound a little more it’s appeal could extend well beyond its present target audience.

Find more from Appalachian Road Show HERE or on iTunes. 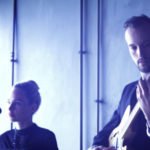