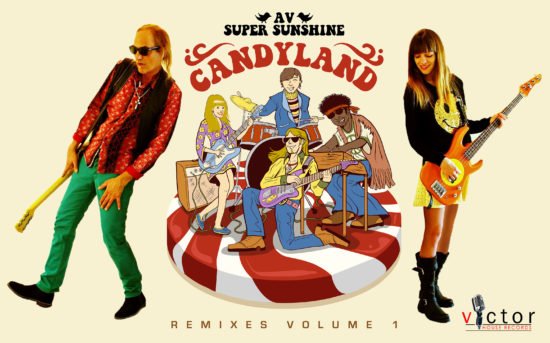 Culled from their latest album release Candyland Vol. 1, AV Super Sunshine’s latest single “Are You Happy?” offers listeners the same joys abundant with their best material – modern production values, melodic strengths, and a fearless synthesis of rock and electronic music in a single package. There are three distinct mixes for the song – a radio and club mix as well as a rock version. This is customary for AV Super Sunshine. They are seldom content with a single take on any given song and their creative vision often propels their songwriting in a variety of directions. Multiple mixes for a song are often needless and self-indulgent, but in the hands of AV Super Sunshine and producer Michael Bradford and the commitment to offering first class songwriting at every turn, the three mixes offer listeners a stunning listen reflecting the band’s capabilities.

AV Super Sunshine draw from various roots to form their sound, but the dominant approach in the radio mix is rock. The guitar, however, is never the centerpiece of their songwriting – instead, the instrument is woven into the band’s larger sound and complements the electronic components of their music. The rock aspects of what they do manifest themselves more through nebulous attitude – “Are You Happy?” is strident without ever being too heavy handed and has a tempered level of aggression that physically engages listeners. The insistent electronic pulse at the center of the track fleshes out the song’s melodic virtues in full.

The vocals manifest the same attitude and blend well into the radio mix. The multiple voices tackling the song’s refrain alternate with the primary vocal, low in the mix compared to the instrumentation, but nonetheless an important component of the track’s final results. It is, likewise, integrated well into the song’s shifting dynamics and imbues the recording with ample punch. This effect on the radio mix is particularly evident during the recurring bridges.

The club mix unfolds in a different manner than the radio mix and runs six minutes compared to the four minute length of the aforementioned radio mix. It relies, nonetheless, on the same signature electronic pulse we heard with the radio version and the vocals are often positioned in a similar manner. There is a bit more concentration paid to the rhythmic strengths of the track. The rock mix for “Are You Happy?” dispenses with the electronic touches heard in the previous mixes and rides the keyboards in a much clearer way than those takes on the song.

It is far less cluttered, as well, and more than lives up to its billing as a “rock” track without ever sacrificing any stylishness. It is, likewise, the shortest of the three mixes, only running a little longer than three and a half minutes total. The varied approaches AC Super Sunshine pursues with this new single constitute another impressive entry in the band’s growing discography. “Are You Happy?: will garner the band a great deal of attention and attain the same level of popularity, if not greater, than they had earned with their earlier releases. 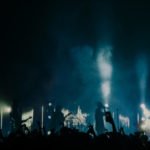 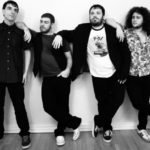