The Inoculated Canaries Fly High with New Music and Appearances 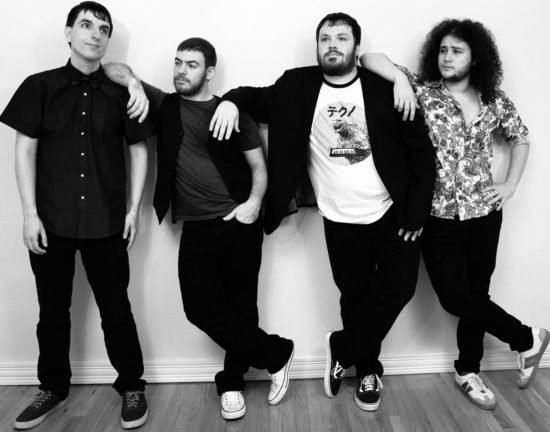 Imagine walking into a record store and finding a vinyl that takes you back to a time, a decade, where songs had guitar solos, piano melodies, and real drums. Think “OLD SCHOOL ROCK WITH A MODERN TWIST” and you’ve just about opened the Canaries’ cage.

On the heels of the release of their single and video for “Sneakers”, The Inoculated Canaries are gearing up for their brand new song “Donna”, set to drop on the major services September 20th – with the video for the track coming out on Sept 26th.  Don’t miss their performance at Bowery Electric in NYC on Fri Sept 27th.

Singer/Guitarist Mike Rubin says “The lyrics to “Donna” are very tongue and cheek. The song is not meant to take itself too seriously.”

Eclectic, boundary defying, and never lacking in sarcastic remarks, The Inoculated Canaries (in.oc.u.lat.ed  ca.nar.ies) are a rock and roll force to be reckoned with. Hailing from New York, the “four guys who can’t dance” are striving to leave their musical legacy; inspired by artists such as Led Zeppelin, Pink Floyd, The Beatles, and Nirvana, The Inoculated Canaries are constantly pushing themselves to explore new, innovative sounds while making their presence known.

The unforgettable quartet is composed of Michael Rubin (guitar, vocals), James Terranova (drums), Dylan Gross (bass), and Brian Sweeney (keyboard). Coming from diverse backgrounds and varied musical influences, the band values creativity above all else; striving to combine familiar elements with the unexpected, The Inoculated Canaries attempt to make sense of individualism and humanity in the most honest way possible:

“We want to take those raw human emotions we all feel in the darkness of our minds and write songs about them. We’re not here to be rich or famous, we’re here to be great. To us, Greatness means making music that is real, and we are absolutely relentless about every single note. Greatness means learning from the best, but always being original.  Greatness is sometimes having to stick up your middle finger to authority, convention and even the person in the mirror… Side-Effects may include crying, laughing, a sudden sense of existential dread, and/or hearing-loss.”

The rockers are immensely passionate about the music they share and the experience they create for fans. The band had the opportunity to open for The Mowglis in 2017 , COIN in 2019 and played ‘Cult of Personality’ live with Will Calhoun and Doug Wimbish of Living Colour. The Inoculated Canaries also worked directly with Matt Squire (producer of Panic! at the Disco, Ariana Grande, The Used, Taking Back Sunday, Demi Lovato and more). They have also worked with producer David Caggiano (who worked with Art Garfunkel).

The Inoculated Canaries’ first EP “The Blue Laws” was soon followed by their single “Don’t Be Late”, a live prog performance “The Fifth Song” and an acoustic version of their song “Jericho”.  Their second EP “Trying Times” was also followed by singles “Count Me Out”, “Who Are You”, “The Lawyer’s Wife” and “Sneakers”.

For more info on The Inoculated Canaries check out their Website 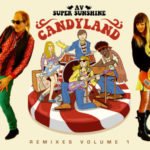 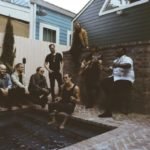