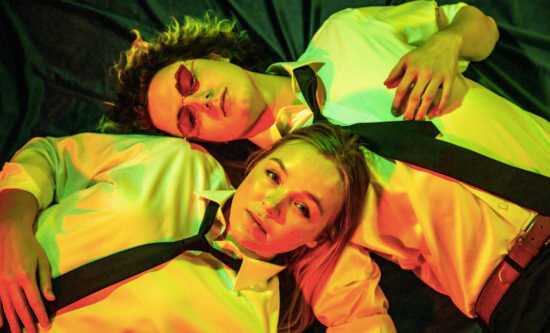 Babygirl is “the best pop rock band in the world” as described on their Instagram and haul from Toronto, Canada. Their music is a dreamy pop rock with catchy choruses and visual lyrics. Their new EP Losers Weepers is six tracks long and each song tells a different story but is uniquely tied together through it’s themes of heart break, growing pains, and the fun that comes along all packaged into “pop songs with sad guitar.”

The EP feels like the soundtrack to a coming-of-age early movie. I could easily visualize so many of the lyrics. Some of my favorites were from “You Were in My Dream Last Night.”

The song is dreamy and almost makes you forget the sadness that the lyrics hold. The accompanying music video goes really well with the vibe of the song, there’s soft 70’s inspired visuals with an interesting UFO/Alien plot which I felt could symbolize how the lyrics can give you a nostalgic feeling – maybe for something that was bittersweet.

Another song that had a lot of lyrics that really stuck out to me was “Nevermind.” It starts with “You tried to kiss me, while parked in the street/Went and leaned, across the console that you never cleaned, in between/You knocked your coffee, all over my jeans/And it seemed so funny at the time.” I love how they romanticize everyday occurrences and give them a deeper meaning. It’s fun relating it to my own experiences and makes the EP even more enjoyable to listen to.

The EP ends with “A Little Bit Closer.” It was the best ending because it feels like a last call to someone asking for one more try. “Stay with me/Let’s try to make the, try to make the night last/Before you leave” feels like when a moment is coming to end and you know it’s going to be a memory soon. The song ends with a slow fade out, which really wraps up all the emotions.

Keep up with Babygirl 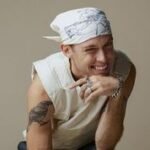 Harry Hudson Is There For You In His Newest Video Release... Previous
Les Fradkin Asks Us For The 'Mirror Image' Next 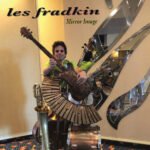