Harry Hudson releases his highly anticipated video for “Take My Time,” off his sophomore album Hey, I’m Here For You with all the right vibes to catch anyone’s eye. The video, garnering over 22,000 views within its first week shows the true star power behind Hudson and what he brings to the table as a rising pop star.

The video opens with Hudson riding solo on a two seater bike, paying homage to the loneliness and heartbreak intertwined within the song’s lyrics. The song is an emotional pop ballad with upbeat undertones about the love he’s willing to wait for, no matter how long it takes- a situation many have been in and can relate to. Hudson pairs impressive bike riding visuals with a hint of smooth dance moves that captivate fans and bring about his shining personality.

Watch the video for “Take My Time” below

Throughout the video, Hudson changes location a few times and is seen wandering alone on the beach, a city street and on railroad tracks until he is finally united with his love interest, who happens to take the second seat on the bike that he was once riding by himself. Once Hudson’s love interest is introduced, those same places he once roamed, shine with light that contrasts the dull setting he was in previously,  alluding to the fact that Hudson is finally lit up and can live life in full color because he is with his true love, the one he has been waiting for.

The video releases just as the unveiling of the Hey, I’m Here For You Teen Lounge happens at Vanderbilt University Medical Center. Hudson played a huge role in helping complete the project alongside funding from his good friend Kylie Jenner and Teen Cancer America. This project hits close to home as Hudson is a cancer survivor and has huge philanthropic passions that he enjoys mixing in with music and his friends.

There’s no doubt that this video is off the charts with immaculate vibes and a great meaning. You do not want to miss what’s next from Harry Hudson as he is a true star in the making.

Keep Up With Harry Hudson 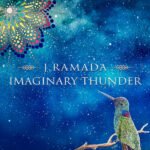 J.Ramada Shares Rainbow of Sound on 'Turquoise' Previous
Babygirl And "Losers, Weepers" Next 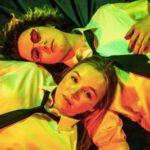