Bruce Lev – Star Of The Independents 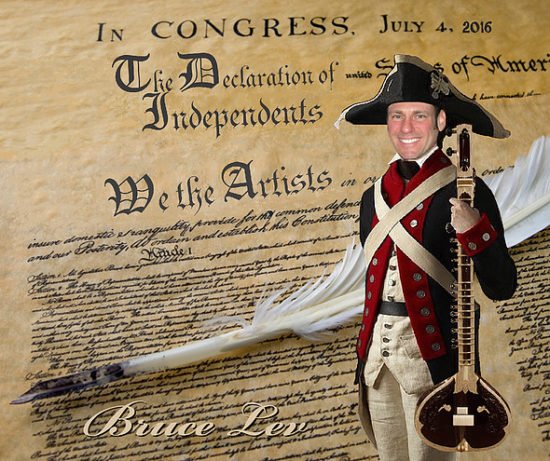 As a musician, we will all need a life full of experiences and adventures to inspire good songwriting.  A great way to gain these experiences is having the guts to pick up and change your scenery once in a while.  The musician who can ride the winds of change will forever have ideas to turn into songs.  Our new friend Bruce Lev has remained independent and has used an exciting life to develop a great catalog of songs.

Originally from Kings Park, New York, Bruce Lev has remained a truly independent artist with no real desire to be part of the “industry elite”.  Bruce spent his college years in DC honing his craft.  His major influence from childhood was The Beatles, who taught him the beauty of writing a song.  In a seemingly random decision, he moved to the mountains of Panama for 5 years and found himself teaching the children of Panama music and songs of, well you guessed it, the Beatles!  Then almost as suddenly he picked up and returned to the US settling in Phoenix, Arizona.

These varied experiences built up a great set of ideas from which to build up a great songwriting catalog with his new buddies in the studios of Phoenix.  These songs began to really get noticed and build up the reputation of Bruce Lev.  In 2014 Bruce was named “Best Adult Contemporary Artist” in the Artists in Music Awards.  Also in 2014 he released the song “Catwoman” which landed on the 57th Annual Grammy ballot for “Best Rock Song”.  Then in 2015 Bruce released the song “Jessica” to widespread critical acclaim and landed on that year’s Grammy ballot in the “Best Arrangement,  Instruments & Vocals” category.

Through all this Bruce Lev remains independent.  He has mastered the use of the internet (or as he calls it ‘the People-net’) to share and promote his music to people all over the world, including Grammy voting members.  We all know the big corporate industry is trying to fight the little indies but it is too far gone and there is no turning back.

The latest album by Bruce Lev is titled The Declaration of IndependenTS.  The 10 track record is proof that a major label is not needed to create commercial ready music.  The opening track “Bell Bottom Girl” is a throwback to an earlier time with a mellow vibe and steady groove pushing the song forward.  The power of “20th Century Man” jumps out at you immediately with its raw punk rock feel and exquisite guitar skills.  This one will get your heart beating as you hear the plight of the working man.  An adult contemporary ballad is not out of Bruce Lev’s reach either as demonstrated on “Jessica”.  Emotions will pop up as you listen to this one.  A live track is thrown at us too with “LIVE on Alabama Drive”.  The jam is a great example of how music can be such fun to both the listener and the performer.  One of the bonus tracks on the album, only available through Bruce’s website is “A Lonely Heart”.  It shows the influence of The Beatles yet adds a modern flair and some super melodic guitar that is very pretty and catchy.

Find out more and hear some music by Bruce Lev HERE. 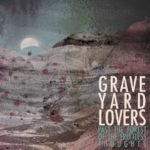 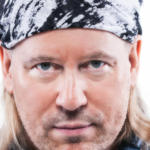 Luis Mojica Tells Us ‘How a Stranger Is Made’ https://t.co/NQcRSHsefS #review #howastrangersimade #insane