For years, the romance of the casino has provided an alluring setting for many movies. From the heist thriller to the tense poker games of our favorite British spies, casinos have been rich hunting grounds for ambitious movie directors.

With that said, some casino movies have proven more popular than others, with some of the world’s best-loved flicks taking place in casinos. These days, most serious gamblers ply their trade online, and if you fancy your chances of playing it’s not difficult to find the best reviews of casino sites.

In this article, we will take a look at the best casino movie music, honoring those pictures with a soundtrack as smooth as their cinematography.

So, without further ado, let’s take a look at the first entry on our list of the best casino movie music…

Upon its release, this modern-day classic from legendary director Martin Scorsese drummed up no shortage of buzz thanks to stellar performances from lead trio Robert DeNiro, Joe Pesci and Sharon Stone. Add to this a tight script, stunning on-set shoots, and amazing costumes and it’s not tough to see why Casino is so well-loved.

Yet one element of this film continues to stand out, at least to music lovers, and that is of course it’s soundtrack. As with most Scorsese efforts, Casino has a wildly eclectic soundtrack, putting tracks from Muddy Waters alongside Roxy Music and Dean Martin. For all of its diversity though, Casino’s soundtrack never feels like a misstep. Rather, like much of this movie, the music selection is a perfectly harmonized collection of masterful songs that meld seamlessly into each scene.

Famous for its ensemble cast that includes the likes of Brad Pitt, George Clooney and Julia Roberts, Ocean’s Eleven was a blockbuster hit upon release in the early years of this century. Perfectly capturing the spirit of the original movie, this modernized take on a classic tale brings a stellar soundtrack to the table.

With tunes from the likes of Perry Como, David Holmes and the Philadelphia Orchestra, the soundtrack to this movie is pure Vegas, and it works to a tee. To this day, the use of Clair de la Lune at just the right moment in this movie remains one of the best placed musical pieces in modern blockbuster history.

Cited by critics and fans alike as a return to form for Bond one of the best installments in the franchise’s history, Casino Royale is certainly a modern-day classic of the action genre. Underpinned by a fabulous title theme from the late, great Chris Cornell, this film is filled with great music throughout. From the opening track ‘African Rundown’ to the instantly recognizable ‘The Name’s Bond…James Bond’ theme tune at the end, the soundtrack to this 2006 effort is pure cinematic ambience.

Composed by long-time Bond maestro David Arnold, the soundtrack is a study in slick yet powerful audio storytelling. Although many see Daniel Craig as the true star of Casino Royale, music lovers will look toward Arnold and Cornell as two of the driving forces behind the film’s massive levels of success. 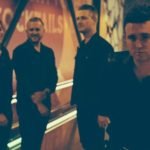 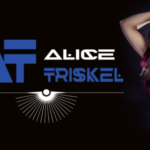