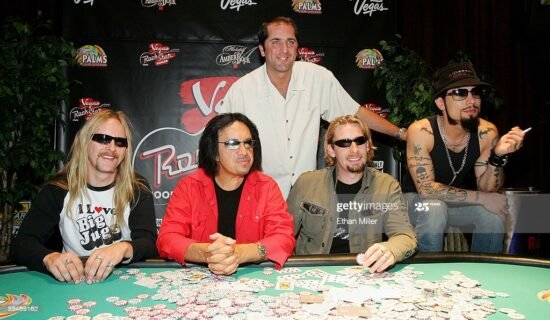 Playing poker is a popular hobby for a large audience of people, average Joes and A-listers alike. Whether it’s live poker or its online counterpart, the game remains the same. Indie musicians seem to enjoy taking a dip in the poker-playing pool every once in a while to spend some of their time off.

Players enjoy the risk involved and the skills that they gain from playing a few hands of poker. With the high stress of traveling and performing, poker could be a great way to unwind as well! It is a game intended to help its players have some fun, but some players are in it for the big wins. Let’s face it: having fun and making money at the same time could never lead to a bad feeling!

If you are ever traveling to hot casino locations or playing in an online poker room, be on the lookout for these five indie musicians who love playing poker as a hobby.

Josh Homme of Queens of the Stone Age

Josh Homme is just one singer, songwriter, and musician that enjoys playing poker in his free time. He’s been known to have some big wins at the game! While he currently plays for Queens of the Stone Age, he was also involved in a few other bands in his past. Eagles of Death Metal and Kyuss are some other bands he was affiliated with, helping to found them and even recording some tracks with them.

Homme has performed alongside some other notable groups and musicians, like the Foo Fighters, The Strokes, and Arctic Monkeys. He can’t seem to get away from the stage, even when his own band isn’t around! As co-founder of the Sweet Stuff Foundation, Homme is able to help musicians and their families that struggle with illness and disability.

He is big into gaming, poker being one of his favorite games to play. Performing is just one of Homme’s favorite things to do. Poker is also a big part of his interests!

As a musician and a producer, Steve Albini has had a huge impact on the music industry. He has played as a member of multiple bands, his earliest entitled Big Black and his current called Shellac. Because of his experience with music creation, Albini is a huge advocate for the financial imbalance in the world of music. He works to improve the lives of unfairly paid musicians using his well-known status.

In addition to his career in music, Albini has also enjoyed pursuing a hobby of poker through which he has earned a pretty big sum of money. He took his hobby to the next level by participating in the World Series of Poker. Not only did he participate, but he went home with some cash and a gold bracelet. Albini grew up playing cards with his family and has continued his love of the game in the professional gambling environment!

Having a poker-playing hobby could lead to some real wins if you ask Steve Albini.

Death Cab for Cutie is a popular indie group, and its members seem to enjoy playing poker in their off time. They have been around for some time, having released nine full albums to date along with a few short EPs and demos. The group has been nominated for multiple Grammys and MTV Video Music Awards, taking the win on one.

Two of their members, Ben Gibbard and Nick Harmer, have specifically displayed some prowess at the poker table. According to Indie Band Guru, music is frequently associated with the casino scene, so it is only fitting that musicians would love to play.

The band has been caught betting big in Reno and Macau in the past, though Gibbard and Harmer seem to play most frequently. Gibbard is known to play pretty intensely, betting big and talking a big game. Playing with risk comes with wins and losses of course, but he tends to have a pretty good poker face.

Harmer seems to like playing a bit more conservatively until the stakes get higher. He then takes more risks and plays more aggressively, which is not always the best bet. The members of Death Cab for Cutie probably have a ton of fun playing poker when they are on tour as a band!

Julian Casablancas from The Strokes

Julian Casablancas is the singer of The Strokes, an indie rock band from New York City. He loves playing poker against fellow musicians, often beating them with his skill at the game. While he does the majority of his performing with The Strokes, Casablancas also released a solo album and worked with another music group that he fronted.

In addition to his performance record, Casablancas started his own record label, Cult Records. He has been nominated for many awards and won a Grammy for the Album of the Year. He still works with The Strokes, writing and performing with them and playing poker when he has the time.

Online poker is rising in popularity, and Justin Vernon knows this. He’s lost quite a bit of money because of his online poker hobby, which could have been part of his inspiration for one of his albums.

According to Alex Kapinsky at NJGamblingFun.com, “There are many ways to play poker online for those who do not have access to live casinos. This was likely the case for Vernon because he spent quite some time isolating himself in a cabin in Wisconsin. Online poker was one way he was able to escape from some hardships he was facing at the time until he eventually constructed the album he released right after his isolation.”

Vernon admits that he never intended to make any music during isolation, but the album he produced ended up boosting his career significantly. He is now award-winning and still working on music to be released in the future. 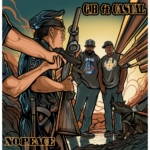 IBG Interview - 8 Questions With... G.B. Previous
Glorybots Prove They're Not "Invisible" With New Album Next 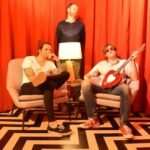 5 Ways Musicians Can Showcase Their Music with SEO 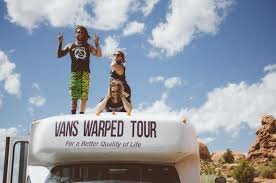 What Do Musicians do on Tour