In my opinion, it’s always a pleasure watching two up-and-coming artists merge their talents together to form an entirely new musical production. And it’s even better when the two artists come together not just for musical creativity, but for a bit of social change as well. Champagne Duane and Cee Goods have finally decided to collaborate on an all-new, politically driven project titled, Campaign, and I’m thinkin’ it’s gonna be a good one.

Both of the artists have released their own tapes separately, and it’s earned them a nice respective fan base. With Guyana born, Miami raised Champaign Duane forging a bond with a beaver state native like Cee Goods, the opportunities really are limitless. They may just be able to bridge the cultural gap between the two states and bring about more change than they’d ever even expected.

You can visit their Kickstarter campaign page here and check out all they have to offer. Both with their own devoted fans, they’ve already worked their way about halfway up the hill in terms of reaching their goal, but they could definitely use your help to ensure success. They’ve come up with incentives ranging from digital copies of the album all the way out to a photo lyric book, studio time and more!

Separately, these two guys couldn’t be any more different.

Cee Goods on the other hand, showcases a much more modernist approach to his work, always seeming to mesh quite nicely with his vocals and lyricism. In songs like “Disco Revolution”, he makes it very clear that he’s not your average rapper. He takes interest in most all forms of music, and as a full-time producer, enjoys making it as well.

Individually, Champagne Duane and Cee Goods are both great. But when they get together, it’s magic.

Campaign is likely to be full of jams just like that one, only this time they’ll be taking full on lyrical swings at our flawed political system hoping they can do anything possible to bring about a little change. You can check out more of Champagne Duane’s work here and take a look at Cee Good’s Soundcloud here.

These guys have everything they need to make a big splash in the music industry. They’ve got innovative song structures and excellent lyricism, not to mention an undying drive that pierces through their every word in song. I’d really like to see these guys succeed and something’ tells me, that’s gonna happen really soon. 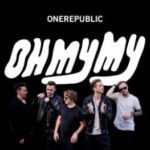 "Kids" Is An Up-Tempo Sneak Peek Of One Republic's New... Previous
The Famous Unknown Share "Greatest Hits" Next 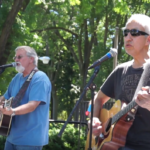