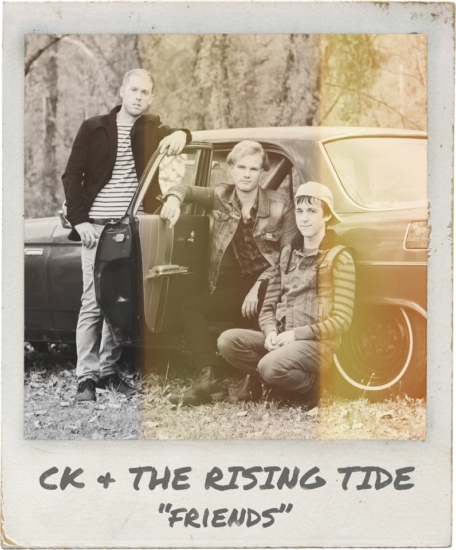 The next step in the career of impressive singer/songwriter CK Flach didn’t end up being a sophomore follow up to his Empty Mansions debut. Instead, Flach began playing drums with his guitarist brother Wayne, bassist Chris Brant, and violin player Danny Boudreau and they first set about transforming Flach’s Empty Mansions material into full fledged band arrangements before they began writing original material as an unit.

The first single from their upcoming debut as CK and the Rising Tide, “Friends”, may not be what Flach’s admirers expected after such an auspicious solo emergence, but it plays like a logical development when you consider how he’s already established himself as a songwriter with his own distinct vision rather than another variation on a well worn trope. The band’s self-proclaimed mandate to “create honest & sincere music” is fully realized with the song “Friends” and it promises a truly formidable album to come.

“Friends” expertly melds alt-country influences with blues flourishes like effective harmonica adding further color to the song. It never dominates the arrangement, naturally – “Friends” is led, musically, by C.K. Flach’s rolling percussion and his ability to keep up a brisk shuffle pace may seem fairly elementary, but it’s actually an indication of his skill level.

CK and The Rising Tide Let it All Hang Out

The guitar playing is understated, but Wayne Flach’s artistry on the instrument is really and deeply informed by traditional influences while still emerging from the song with his own voice. The honesty and sincerity they seek comes across vocally as well. C.K.’s lightly weathered and lonesome voice is ideally suited to this sort of material and he knows how to shade his lines with just the right amount of emotion without ever sounding too gaudy. There’s definitely influences coming through in what he does, but it’s notable how he takes earlier singers as a reference point while transmuting their technique and effects into his own musical language.

The lyrics stand out thanks to the wealth of concrete imagery and universal emotions any listener can connect with. It takes a first class songwriter to bring those disparate elements together in a coherent, effective whole and it is abundantly clear from the first line. There’s no question, as well, that a first rate singer enhances great lyrics and that happens here as well thanks to Flach’s voice elevating some of these passages to level of performed poetry. The chorus drives the song’s point home with economical elegance.

It makes for an invigorating listening experience from the opening to the end and as powerful of an introduction to their album to come as C.K. Flach and the Rising Tide could have hoped for. “Friends”, undoubtedly, says something quite personal fro Flach, but he does a breathtakingly effective job of bringing us into his experiences and sentiments in a way that prompts us to reflect on our own. Few songs in 2018 can boast that sort of impact. 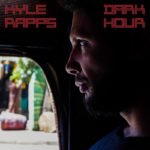 Kyle Rapps Raps About Political Issues in His New Single... Previous
Welcome to 'The Best of Thomas Vent' Next 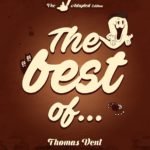