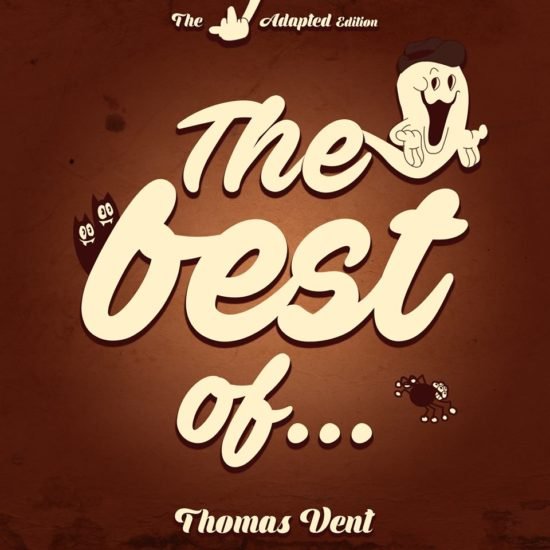 When you listen to the same genre for a long time, you notice that most of it can become too similar. So, when you find something that breaks the mould, you really appreciate that they are not wanting to restrain their work. Thomas Vent is a DJ and producer who has ticked this box. He has evolved his sound from the early days of house/electronic music into a blend of glitch hop meets electro blues.

There is not a lot of information to be found about Thomas Vent. So, Indie Band Guru decided to ask a few questions to the man himself. He was more than happy to open the doors to the Thomas Vent world of music and this is what he had to say:

Indie Band Guru: What or who inspired you to become a musician?

Thomas Vent: So, first of all, I would like to thank You for inviting me for this interview and would like to welcome all readers. In my opinion, there is nothing that can inspire you to be musician…You have to have that feeling that something is trying to get out from your soul, something that you wanna share with the world.

Of course, it’s good if you have some musical background. My grandfather used to play an accordion, my father was playing guitar and keyboard in a small town band. But my story starts 22 years back (1996) when my father bought his first PC with a soundcard (back then it was super expensive and was very hard to get it in my home country). He started to mess with some musical software using MIDI keyboard to record his first totally home productions. Even though I was young, I liked to listen to how my father “makes” music.

Couple years later I met E-Jay Dance…my very first [Digital Audio Workstation] DAW (I think every producer in my age now, started with this super easy software), and my journey into music production has begun.

IBG: You have a unique style of music, who were your influences when you began to mold your sound?

TV: I think I had two biggest influences on my music. First was Moby and his album Play. I will never forget when I heard it for the first time. Second was Fatboy Slim and his albums Better Living Through Chemistry, You’ve Come a Long Way, Baby, and Halfway Between the Gutter and the Stars.

This is only one of few parts which have an influence on me. As you and probably other listeners note, I’m using a lot of blues touches in my tracks. It’s because only slow, good, acoustic blues music can give me goosebumps. I fell in love with blues in 2007 when I flew to work in another country where I was alone…but this story is for another interview.

IBG: Talking about your music, how do you approach writing new songs?

TV: This is a very good question because I don’t have one rule I stick to…sometimes I start with creating a new sound, sometimes with beat and base…but I think most of my tracks I started when I heard an old, good blues track and then almost all my ideas are already done in my head. I don’t know how it works for other producers, but I can’t produce a track just because someone told me to do that…I mean, I need to have inspiration, otherwise I can sit in the front of my DAW for hours and nothing with sense will come out.

IBG: To date, what is your favorite track you have created and why?

TV: I don’t have my favourite track because I love all my “children.” And to be honest…when you are producing a track, you have to listen to it hundreds of times, and then another thousand times while doing the mastering. So after all, I’m listening to each of my tracks several dozen times and that’s it, I’m already bored with the new track I have created. Haha.

IBG: Finally, what are your future plans and goals for your music?

TV: Actually, I don’t have big plans for my music production, because if something is going to happen, it will happen anyway. But I would like to do couple tracks together with famous bluesmen and would like to play at Shambhala Music Festival someday. I think that’s my goals for the nearest future.

If You Need Glitch Hop or Electro Blues, then Thomas Vent is Your Man

Vent has plenty of songs available on his Spotify, Soundcloud and Bandcamp pages. With music that has dance foundations, he fuses many different genres including hip-hop, EDM, and more. There are many highlights to be found, including “Puppeteer” and “Drop-N-Tha-House,” which include some great guest vocalists. He’s also not afraid to drop some heavy beats with offerings like “Electric Moon” and “Time to Rock.” He really knows how to find the right infectious flow for each creation.

With all the different sounds that he has to offer, it does not get any better than Thomas Vent’s bluesier side. 2017 saw him unleash killer tracks “Backwards Man” and “Mockery,” which showed off these elements. Mixing old school blues with beats is a winning recipe.

He has not stopped there, as he recently released his new album The Best Of. This is a perfect introduction into Vent’s world of music which showcases the different sides of his craft. “Welcome to the Fckin Next Level” drops some serious beats while “Under the Influence” brings out his hip-hop side. If want that bluesy element then look no further than the outstanding “Berta Berta” and “Big Bad Blues.”

It does not matter what audio recipe he uses, the results speak for themselves. Vent is someone who knows how to mold the right amount of energy and flow to each of his songs. With such an infectious array of sounds, there is something for everyone who likes something with a beat.

This musician says he goes with the flow when it comes to new songs. But with his passion for creating, something will happen soon. Keep an eye on his socials on Facebook, Twitter and Instagram to find out his next move. 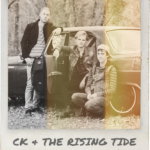 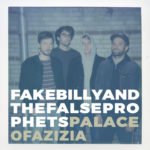 THOMAS VENT TELLS US TO ‘RISE THEM UP’