Lana Del Rey is an icon in contemporary music, and covering anything she’s written and recorded is far from an easy task. That said, Colin Peterik is intent on doing just that in his new single “West Coast,” and while it has a different aesthetical underpinning than the original does, this version of the song is arguably just as enigmatic and intriguing. Peterik has a voice that really sends these melodies home, and with the help of his band, he crushes what feels like one of the better hard rock cover tracks to debut in the past year.

The electric guitar was bound to take some of the spotlight for itself in this mix, and while it doesn’t have as much of a swell as the vocal does, especially in the latter half of the track, it still has an incredibly simple challenge in capturing our attention from the background. The solo is searing, but even without its accent over the conclusion of “West Coast,” the tension that has built up to this point in the song is more than enough to rev your rock n’ roll engine. I wasn’t expecting to be as enamored with the indulgence here as I am, but then again, I don’t usually go for covers in general.

Colin Peterik connects with the lyrics excellently, and I think he invests a lot of his personality into the narrative here through both his tone and the urgency in his execution. He’s aching to get these words out of his throat and cleared from his mind, and the pressure he’s putting on himself is strong enough for us to feel it on the other side of the speakers. The utilization of raw emotion is profound, but it’s not being offered in a manner that feels egomaniacal on this singer’s part at all.

Stylish but not selfishly produced at all, Colin Peterik’s “West Coast” is an animal all its own, and not quite the standard for pop covers at all. The soul of this track is steeped in old-fashioned rock aesthetics, but it doesn’t feel like a total throwback to the classic era in the genre’s history. Peterik has some bold moves to show off in this single, and if you haven’t already had the chance to do so, I recommend taking a look at the music video for “West Coast” as well to see this man and his supporting players in action. 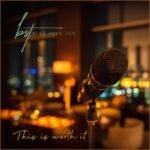 Blue Soul Ten Knows 'This Is Worth It' Previous
Holy Wars tell us to 'Eat it Up, Spit it Out' with their... Next 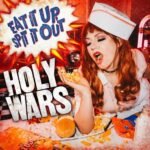 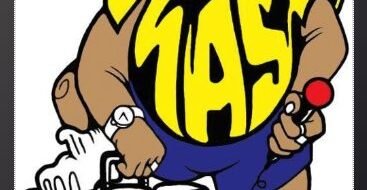