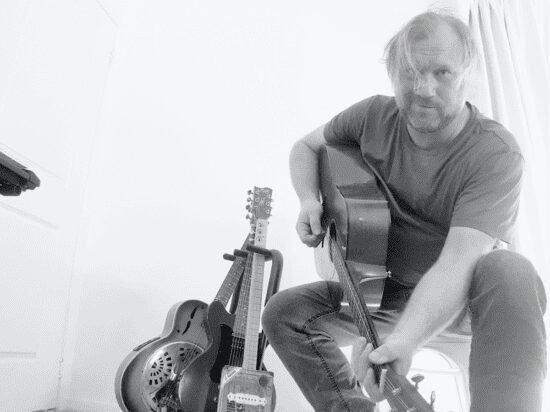 There are certain people out there that are born to play music. This gift must be nurtured to achieve the greatness it deserves though. Our recent discovery of Daxton seems to be one of these chosen individuals. He has put in the time and work to master his craft. The results speak for themselves on his newest solo album Electric Satellite.

The songwriter, guitarist, and producer has been creating music since his early teenage years. The passion started there and never waned for Daxton. Based in Sydney, Australia, he has created his own version of guitar rock and blues. And his style is catching attention. Daxton has appeared at major festivals including the Sydney Blues & Roots and Tamworth Country Music Festival.

The latest release by Daxton is the impressive Electric Satellite. The 12 track opus is a heavy, rustic blues rock album with some psychedelic sounds sprinkled in to keep the listeners guessing.

Opening up with “High As A Kite”, it is all put on display. A classic slide guitar mixed with some Hammond organ and Daxton’s raw vocals painting a picture. Sounds come from all angles to fill out the speakers. This full yet raw sound continues on “Otherside” as the vocals tell the story. Multiple instruments combine for an innovative tone.

Calling from the ‘Electric Satellite’

The title track “Electric Satellite” turns the energy up to the max. A fast paced attack gets the blood pumping. Multiple genres com into play here such as punk, folk, and blues. Quite a combo to keep the listener’s attention fixed on Daxton. “Magic Morning” adds in some grunge and campfire vibes to really turn our ears to the side. This is truly unique.

As we get towards the end of the record, “Bad Times” reminds us that Daxton is a dirty Blues artist true and true, Although set at a 2 minute and 47 second punk-reminiscent timer, the track has time for some blues harp, slide guitar, and snappy guitar licks.

Daxton can take the listener along in whatever genre direction he decides. A true songwriter talent. Have a listen on your favorite platform HERE. 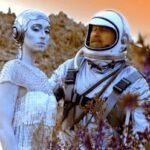 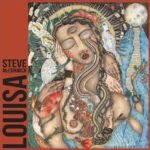 Beware Wolves Opens The Doors To Their Anthology