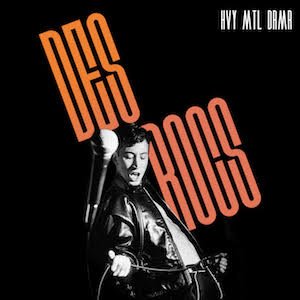 Des Rocs, also known as Danny Rocco, singer and guitarist for the band Secret Weapons, has decided to branch out and work independently on his own music. He has released one single so far as a solo act, titled “HVY MTL DRMR”, which stands for “Heavy Metal Dreamer.” You can find concert updates and more on Des Roc’s Facebook Page.

The single is in the rock genre with some alternative metal undertones. Des Roc’s voice is very similar to that of Alex Turner of Arctic Monkeys, as is the way in which he displays his vocal range. There also appears to be some Fall Out Boy influence in his track, particularly with the underlying clapping sound that is apparent throughout.

Des Rocs released a music video for the new single as well. The video features his silhouette with a microphone on a stage with a rustic orange coloring across it. You can’t quite make out his face, but his facial features are distinctly outlined. There is what appears to be a spotlight on his face, with the red tones fading into black in the corners.

The video takes the fiery burning passion and simplicity of rock and roll and turns his words and instrumentals into a masterfully crafted visual manifestation that is the essence of Des Rocs.

This single brings back the soulfulness and excitement of rock and roll, with a synthesizer giving his voice a bit of an alternative sound to it, sharing with listeners the best of both old fashioned rock and the technology used to change sound. “HVY MTL DRMR” is full of passion and emotion, which Rocs beautifully conveys to his audience.

While he just has the one single out now, keep an eye out for more music from Des Rocs! 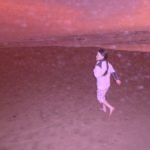 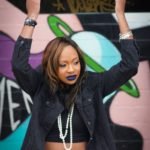