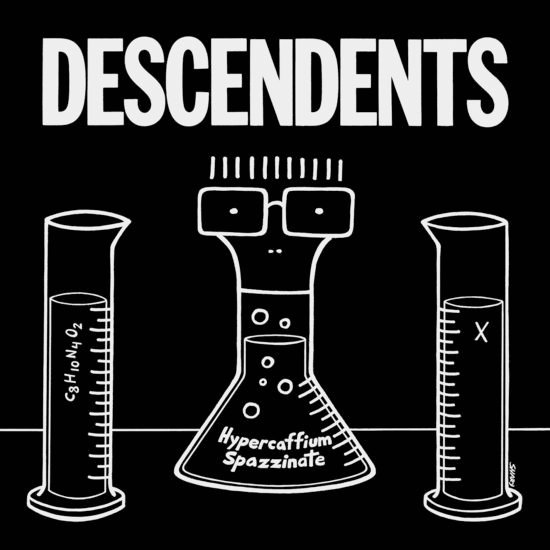 Somehow, Descendents have been making music (on and off) for thirty-nine years. In a time where fame seems to come and go with the click of a button, that’s impressive.

They’ve seemingly been around for every era of punk. Some credit them as the forefathers of pop punk, and with good reason. Formed during the “Foundational Era,” this band has influenced many. Blink-182 and NOFX, among other notable acts, give credit to Descendents’ influence. This creates a sort of “family tree” from the “Foundational Era,” spanning from the ’70s to the modern era.

As influential as Descendents are, one would think they would regularly release albums and play shows. However, like many, they’ve had their share of member changes and hiatuses throughout their many years as a band. Currently signed to Epitaph Records, Descendents have released their first album in 12 years, titled Hypercaffium Spazzinate.

Descendents — Classic Punk or Something New?

From what I know about the Californian ’80s punk scene, you could compare a lot of bands to the Ramones mixed with The Beach Boys. Listening to Milo Goes to College (the first album by Descendents), I definitely get that vibe. However, when transitioning from that to Hypercaffium Spazzinate, there are some obvious changes. Distinctly, the beach grunge guitar chords are missing. While the influence is there, it’s like listening to a ’90s or early 2000s Fat Wreck Chords band. It’s something I’m more familiar with, listening to bands like Less Than Jake, NOFX, and Anti-Flag.

The deluxe edition of the album is 21 songs, which seems like it would be hard to digest in one sitting. With the longest song (“Without Love”) only being 3:20, and many songs falling below 1:00, that’s not the case. Every song seems to go by in a flash, all with high energy. Though I usually enjoy long, drawn-out songs with complicated metaphors, every song on this album is fun to listen to. Despite every member of the band being “old dudes,” Descendents seem young at heart on Hypercaffium Spazzinate.

Between using energy on more emotional tracks to negate turmoil (“Smile”), joking around about hamburgers and getting fat (“No Fat Burger”), and acknowledging or disowning self-worth (“On Paper”), Hypercaffium Spazzinate has a lot of songs that probably don’t really resonate emotionally. They do have staying power through comedy and energetic enthusiasm. Similar to Blink-182 (for a modern approach), this album mixes comedy with more serious material. However, its seems that not a lot of material here is meant to be taken in a serious tone (exceptions being songs like “Spineless and Scarlet Red” and “Unchanged”), but to rather bring back roots of pop punk in having a good time playing music.

Altogether, Hypercaffium Spazzinate is a fantastic piece of “classic” pop punk in a modern age. The energy and the fun that the album brings is enough to make it a good listen. While probably not as influential as earlier releases, it’s an important milestone to gauge how much pop punk has changed in 40 years. 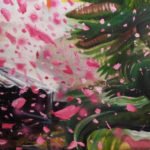 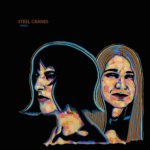