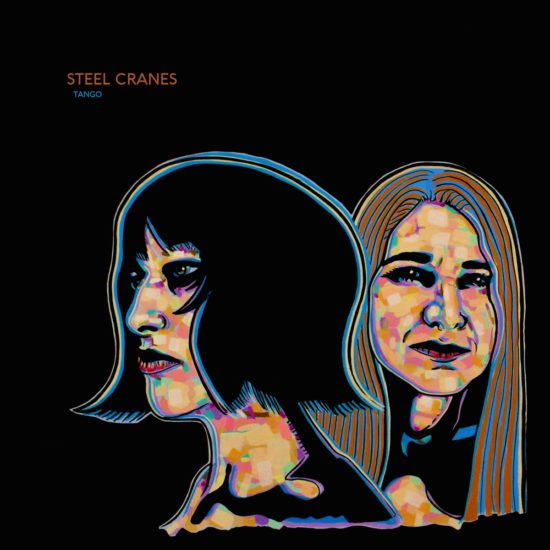 Making music can be expensive. This objective fact forces many bands to make do with what they have or can afford. However, it can give bands the opportunity to discover and develop their own, particular synergy. An accurate example of this type of band is collective Steel Cranes. With their style of noisy, tremendous rock music, the all-female post-punk group shatters people’s expectations of what a musical duo is capable of. It is especially displayed on their newly released album Tango.

Steel Cranes formed in January 2012 in Oakland, California. The band consists of only two musicians: Tracy Shapiro and Amanda Schukle. Both members contribute to the guitar work while Shapiro handles the vocals and Schukle rocks the drums and bass. They made a significant splash in the music scene in 2013 with their highly praised debut album Ouroboros. Now, after three long years, the duo hopes to make a grander splash with their new album Tango, released on August 5. In support of the album’s release, Steel Cranes is embarking on a six-week national tour this summer.

One notable track from the album is “Pretty.” It begins with a brief burst of ringing cymbal taps and sitar-like guitar chords. Once this ends, a sluggish tempo is established. Against this creeping tempo, a weighty aura emerges from alternating dynamics. The soft sections consist of hi-hat taps, slow, groove-laden bass riffs, and strumming guitar chords. The loud sections contain slashing guitar riffs and thunderous drumbeats. Past the two-minute mark, Shapiro unleashes a piercing guitar solo initially backed by cymbal rolls from Schukle before being joined by bass and drums. After it ends, the song continues to its fuzz-filled conclusion.

The next track “Today Is The Day” possesses a similar heaviness. Part of it arises from a striding rhythm formed from sonorous drums and cymbal crashes and orotund bass riffs. Further augmenting its solemn tone are driving, plangent guitar riffs that rush across the steady rhythm like gushing floodwaters. Meanwhile, Shapiro’s howling vocals add somber undertones to the piece. They are accompanied by cello interludes which fill the background with pleasant, low-pitched bawls. All in all, elements of metal and goth rock are melded together here into one uniquely pensive song.

“Happy” is a song with a misleading title. Marching drumbeats advance through the track with a laggard, crawling tempo. At the same time, plaintive bass riffs and keyboard organ melodies provide a dejected mood to this piece. Jagged, heavily distorted guitar riffs also skirt alongside the wailing, embittered vocals of both band members. When combined with lyrics like “Take me away, my dear / Take me away from here / To a land far away / Where we can be happy,” they exude a kind of raw, emotive power so rarely displayed in such a masterful fashion.

The track “Take Me Down” is somewhat deceptive, as well. It opens with a short yet bouncy intro that resembles the start of a country song. The atmosphere suddenly shifts from bouncy to gloomy as the song’s true form emerges. Buzzing guitar riffs, sepulchral vocals, and ominous cello ostinatos prove to be the prominent attributes after the transition. Equally imposing are the thudding drums and the broody, palpitating bassline delivered from Schukle. Past the 1:50 mark, the song slides into a ripping guitar solo that intensifies its sorrowful tone. After this, it progresses forward until it ends with one final, authoritative drum strike. 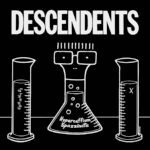 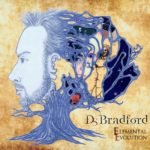