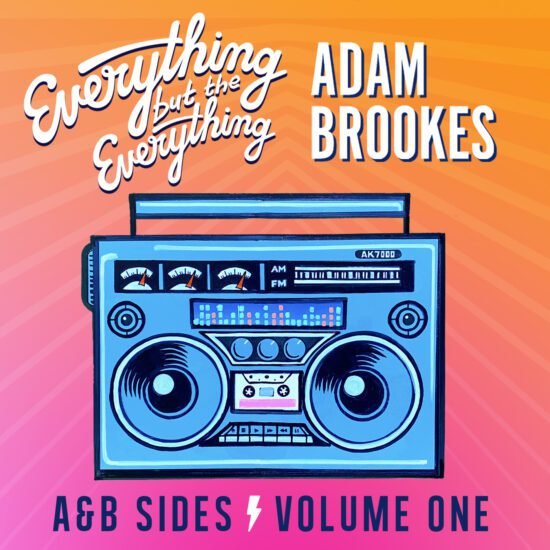 One could almost expect Northern California music veteran Izzy The Gent would feel like he’s already done most everything there is to do in the world of indie rock. Keep in mind this Bay Area staple of the East Oakland sound culture has been a house music promoter, a rock show promoter (for such favorite San Francisco venues as Slims and The Great American Music Hall), and he’s played bass for numerous acts including (but not limited to): The Cons, Song of the Siren, and Sporting Life, as well as having a four year stint with the indie electro band The Frail. After experiencing a self-described, yet understandable sense of burnout, the siren call came to him again – but this time as the beckoning challenge of being a songwriter. Hence, the resulting formation of Everything But The Everything.

Though EBTE was originally intended to be a solo project, the effort quickly blossomed into an extraordinarily creative explosion of collaborations, with the fruit of the effort being an EP that combines the talents of several respected instrumentalists and vocalists from the indie world – all under the studio wizardry of Rex Shelverton. Although EBTE’s sound was already a highly palatable brand of indie post-punk, the attention it garnered from artist Adam Brookes has resulted in two singles that reach new levels of collaborative, sonic delectability.

Everything But The Everything · We Want More featuring Adam Brookes

“We Want More” contains not only all the punch of EBTE’s previous releases, it’s an almost cold–wave gem combining a Joy Division-esque rhythm to a minor key foundation.  This exists underneath an Iggy-Pop-meets-social-angst vibe that, quite frankly, slugs the listener in the jaw. Adam Brookes’ offering of ethereal, tenor, background vocals are notably commingled with his keys expertise, climaxing with a pulverizing Hammond organ solo that takes the pathway of a swirling grind to a higher plane, only to finally descend into a breathy, meditative outro. Though it’s rare for a post-punk number to incite bonafide, fist-pumping, “We Want More” does just that, and coincidentally leaves its wake of bystanders wanting more.

Izzy The Gent and Adam Brookes

Everything But The Everything · Open Your Mind featuring Adam Brookes

The single “Open Your Mind” matches the previous song’s intensity, but takes the unsuspecting, auditory traveler into a more distinctly guitar driven, Cure-like, hypnotic forest – while soon being splattered with pelting synth-drops. Once again, there is an intoxicating, cold wave chill for the traveler, but this time you’re not so much being punched in the jaw as lobotomized by a sometimes monotone, but ever increasingly melodic, engaging mirror of two-octave vocals. The lyric “see you tomorrow, starting again” seems to be spoken autobiographically from Mr. Gent to all willing ears. This is perhaps partly to say: If you’re second-guessing the fresh tenacity of this artist, listen more closely. In fact, if you’re not getting it: “Check your vital signs, and free your mind.” Most, however, are getting it. Unlike Dylan’s Thin Man, this time something’s happening here, and you do know what it is. One can only hope that something keeps happening from the Everything direction.

One would have to check his vital signs to be hoping otherwise. 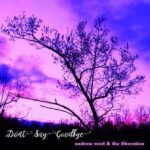 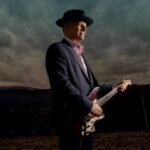