Music has a way of connecting the right people at just the right time. Not only those listening to it but also those creating it. That power seems to have brought new project Endlands to us at a time when we can really use their sound.

The band is the collaboration of Samuel and Julius. Together as Endlands they create a fusion sound that is elegant and soothing but also memorable. With influences coming from a wide spectrum of genres the duo has something truly fresh and original.

The debut single “Scarlem” by Endlands was recently released and is making some waves. An atmospheric vibe rises and falls taking the listener on an ethereal journey. The California laid back attitude can be heard as well. An assortment of sounds come and go to paint the sonic canvas beautifully. Production is top notch as well here.

Dive into ‘Scarlem’ with a mesmerizing image video here:

*The song has also been released as an NFT which you can find HERE.

We had a chance to catch up with the boys from Endlands to get a deeper look into their creation and new single. Enjoy the interview here:

First off, tell us about the name Endlands?

Samuel: Endlands is a pun; we were born and raised in Finland, so we bent it to Endlands.

Julius: I think our sound is pop with an R&B and trap twist. Our debut is not perhaps the best example of this fusion, but we like to play around – sometimes our sound is more West Coast influenced, other times less.

Which artists have had the most significant influence on Endlands?

Julius: This is a tough one! I love all great music; Marvin Gaye, Temptations, James Brown, early hip hop records, and the rest of the classics. During the early days, I listened to everything from heavy metal to David Bowie and Prince; they were a lifeline to me. So much great music out there nowadays. Lyrics are important, and Kendrick Lamar is killing it – he won the Pulitzer for a reason.

What brought you back to creating music and finding each other?

Samuel: Simply put, the time was right for both of us. We both made music and had certain maturity to get things done right. So Julius started to send some tracks to me for arranging and mixing, then I sent him some work of mine, and we noticed that we’re a good combo completing each other.

How does a song come together for Endlands? What is the songwriting process?

Julius: Sometimes it’s the beat; another song starts with the lyrics, sometimes the melody. It varies a lot, the rulebook is always the same, but the outcome is different each time. Making music is a magical process, and it keeps me sane and alive.

Tell us about your latest single and music video for “Scarlem.”

Samuel: Scarlem tells about the very dark places. It’s our debut single and the lift-off of the Endlands rocket. The first mix was a lot more hip hop and trap than the distro version – we may release it at some point as a bonus. Also, we’ve done some music video drafts for YouTube and TikTok. Depending on how the song performs, we have a plan to shoot a video in Glamis Dunes, California, and get it edited by the end of June.

Julius: The production was quite international. The team came from all over the world; Helsinki, Los Angeles, Washington DC, Istanbul, Buenos Aires, Abuja, and Nashville.

Could you share some advice for other artists who pursue a career in the music business?

What does the future hold for Endlands?

Samuel: We now have four singles produced and mastered, and we’ll be getting them out one by one in the coming months, and two music videos are in the works. So 2022 is a killer year for us!

Julius: I’m a techie, so the latest innovations interest me. I just minted an NFT from the Scarlem single. Maybe we’ll create something new in that space in the future.

Keep up with more of the Endlands journey on their WEBSITE as well. 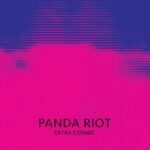 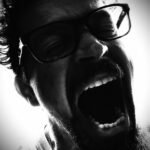