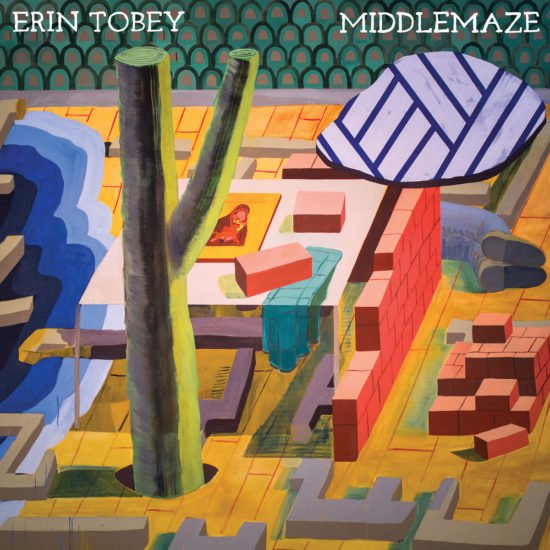 I’ll be the first to admit I love a good electronic tune with a catchy programmed drum sequence. However, in a time when computers and synthetic sounds can dominate the airwaves, it’s a real pleasure to dial it back and listen to some raw singing and songwriting. Bloomington, Indiana-born musician and visual artist Erin Tobey is a perfect example of this honest artistry. After spending years committed to illustration and design, she’s just dropped her first solo album in a decade, Middlemaze.

The album is a quick listen at 10 tracks and 36 minutes and it’s one that’s well worth your time. She brings a cohesive mix of quiet indie and straight up rock and roll – think Courtney Barnett with a higher voice.

My favorite track of the album was the opener, “I’m Young.” This track, which scored a nod as Viking’s Choice on NPR’s All Songs Considered, has a slow blues rock feel to it. The introduction of the subdued electric guitar 43 seconds in reminded me of the opening riff to one of my favorite Black Keys songs, “Psychotic Girl.”

After this relaxed intro, Tobey immediately jumps into some more upbeat rhythms on the next two songs, “Medicine Garden” and “Leaf Pile.” The contrast of Tobey’s tender voice with grungy guitars lends the songs a lighter, feel-good vibe.

Don’t be fooled by the sweet voice however – Tobey can rock. Towards the end of “Leaf Pile,” the instrumentals roar for a garage band jam sesh-style finish as she sings, “I am calling for the last time / I’ll be resting my eyes.”

Tobey’s vocals are easy on the ears. She sounds a bit like a Rilo Kiley-era Jenny Lewis, to me, particularly on the drawn out notes of “Baby Monitor.” The track, a slow, steady parade of distorted guitars under her melodic tone, revives the blues rock, road trip feel of the album’s beginning.

Middlemaze is a “hanging out on the back porch in the middle of summer” type of album. Featuring mature lyrics and masterful instrumentals, it’s a thoughtful conglomeration of her experiences over the past decade.

Erin Tobey will be touring the West Coast through the end of June to promote the new album. You can click here to learn more about her music, art, and upcoming tour dates, or listen to Middlemaze on Spotify and Bandcamp. 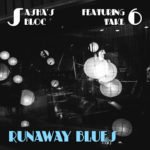 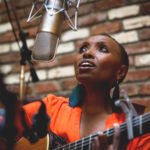