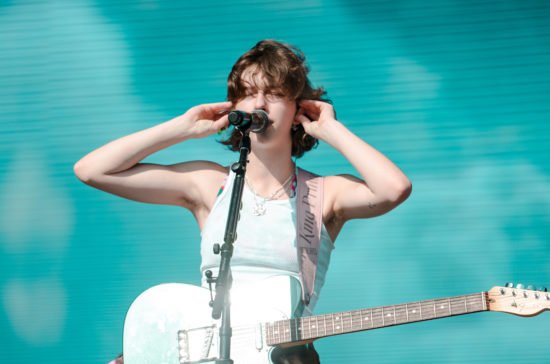 For the eighth year in a row Firefly Music Festival brought together the east coast to spend three days dancing in The Woodlands. Being the east coast’s largest music and camping festival, Firefly is always left with the stress to impress the ten’s of thousands of fans that will walk through their gates. 2019 saw great upgrades for the festival, investing $4 million into upgrading facilities, grabbing top of the line entertainment for both on and off the stages, and creating a space that breeds camaraderie.

As if the three days of non-stop music wasn’t enough to keep you entertained, Firefly laid out activities and other entertainment for guests throughout the festival. Whether taking turns at every photo opportunity placed throughout the festival, enjoying the massive silent disco set-up, or immersing themselves into the interactive butterfly exhibit, fans took advantage of every detail Firefly planned for them.

The activities and upgrades made Firefly such an interactive experience for fans, but the real reason every patron flocked to The Woodlands were to see the acts on the lineup. Headliners included Panic! At The Disco, Post Malone, and Travis Scott and the remainder of the lineup included a diverse mix noteworthy acts such as Death Cab For Cutie, ZEDD, Brockhampton, TLC, and many more.

With so many features and stages to explore, Firefly guests needed time to adapt to the grounds. Day one was set out perfectly for fans to get acquainted to the festival and explore all of the opportunities they had in store for them. Friday’s lineup saved a majority of the larger acts for the evening, picking up around 6pm with AWOLNATION and seeing heavy hitters like X Ambassadors, Courtney Barnett, Tyler, the Creator, Panic! At The Disco, and ZEDD into the night.

Tyler, the Creator had a particularly tantalizing set, leaving fans (well, fan) throwing their bra and phone on stage to him. Starting his set off with “IGOR’s THEME” in the infamous IGOR wig and a neon suit, Tyler played a wide variety of hits for fans from his latest release IGOR while adding in fan favorites such as “Who Dat Boy” and “Tamale.” Every second of his hour and fifteen minute set was captivating and invigorating, down to him getting his wig brushed by an assistant in between songs.

Panic! At The Disco sealed the night with a kiss, playing to one of the largest crowds of the entire day. Fans enjoyed the hour and a half sing-a-long to all of Panic’s greatest hits from now through “I Write Sins Not Tragedies.” Highlighting his impressive vocal range, vocalist Brendon Urie added runs and ad-libbed over the classic melodies.

Day two started with an artist we highlighted as one to watch while at Firefly, Weathers. The Los Angeles alt-act performed on The Roost stage, tucked inside a quaint tent with lanterns hung throughout. Despite their early set time, the band was able to get a room full of kids dancing to their hits “Happy Pills” and “Dirty Money.” Vocalist, Cameron Boyer was adorning crutches for an injury but they didn’t let that stop them from bringing an energetic and captivating performance.

The remainder of the day saw a variety of acts such as King Princess, Yoke Lore, $UICIDEBOY$, and Dashboard Confessional. Firefly did an excellent job at creating a lineup that was inclusive of women/non-men, people of color, and the LGBTQ+ communities. The diverse lineup allowed for fans to enjoy a wide variety of acts and to immerse themselves in new experiences.

One of the final acts of the night, Brockhampton, blew fans away on The Prism stage. Having been a stage that catered to EDM and rap artists alike, the stage was heavy on the bass which was somewhat distracting against the vocals. This didn’t take away from the performance that Brockhampton crafted though. Wearing silver space suits and running around a giant airplane, the entire set was nothing short of a visual and audio experience for viewers. The crowd spanned as far back as I could see and patrons of all ages were feeling the best boy band in the world.

Firefly treated guests with an insane line-up for the last night, with great acts taking place from doors till the party shut down. Talents like VHS Collection and lovelytheband were among the first to take the stages on Sunday, giving fans reason to get over to The Woodlands early on in the day.

Another artist we featured as one to watch while at the festival, The Orphan The Poet graced the Toyota Music Den Sunday afternoon. Dazzling fans with their flashy outfits and high octane performance, The Orphan The Poet turned heads as they played their thirty minute set. Crushing a fun cover of “Sk8r Boi” by Avril Lavigne, this act had everyone singing and dancing along to their set, even if they didn’t know their music beforehand.

Yungblud also brought a stand out performance to Firefly 2019, bringing a slightly different crowd to The Prism stage. Socially conscious and very active within the LGBTQ+ community, Yungblud connects with his fans through the power of human emotion. Delivering a wild performance with endless amounts of intensity, Yungblud kept fans moving despite the intense heat and sunshine of the day.

The remainder of the day saw even more raw talent, keeping fans excited into the night. AJR, Griz, Gucci Mane, Walk the Moon, and Vampire Weekend were a few among the many that drew amazing crowds and intrigued fans with their sets. Each act setting the tone for the next and helped maintain the crowds energy for Post Malone’s headlining set.

The nearly 24 year old singer/rapper came out amidst a sea of yellow fog, being a solo act without a backing band Post Malone ensures a very visual set to compensate. His setlist included everything from his latest bop “Wow” to songs from his debut album Stoney. There wasn’t a person at Firefly that wasn’t watching, singing, and dancing along to the production.

The weekend left guests dusty, exhausted, and with memories that will carry on with them in life. Each day offered a variety of entertainment across numerous genres and an area for fans to feel comfortable being themselves. Every nuance of Firefly proved that they are a festival that cares about the total fan experience. Be sure to keep your eyes peeled for early bird ticket information! 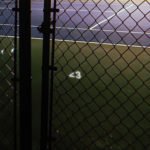 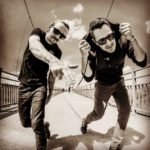 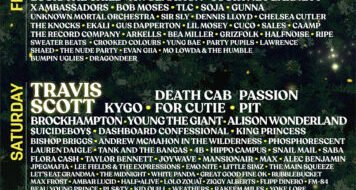 Firefly Music Festival is Approaching and we Cannot Wait