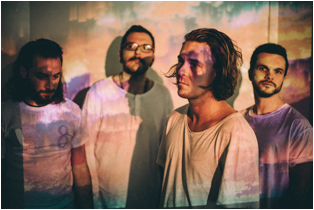 The Franklin Electric has created a soul-wrenching single: One that was no doubt written at midnight when the band was left alone with memories of pain and heartbreak. “Burning Flame,” a Blue Ceilings cut, begins with a soft piano and bass progression and was bound to be full of sadness and anguish.

Yet the music video, released ahead of a tour jaunt through Europe, really brings the ballad to life. Viewers follow the main character, a scrawny, seemingly self-conscious teenager who works in the back of a kitchen. As he cleans plates, his blonde, bubbly coworker catches his eye and soon steals his heart.

The Franklin Electric shares a story of a dreamlike love that is later crashed by reality’s gloomy power. In the moment of happiness and infatuation, the band glorifies the idea of love by embodying it within the woman. Lyrics include, “You can’t find where the body goes / It’s just like searching for a concept that takes you down an old, forgotten road.”

The instrumentals in “Burning Flame” follow the storyline, slowly building during his happy moments and eventually breaking at the bridge when he sees his beloved with another man. The Franklin Electric perfectly describes this heartbrokenness when the smooth vocals sing, “When my heart fell deeper / I felt troubled / When I felt fever / Like a burning flame when the bright light flickers inside.”

By the end of the video, that innocent boy is chucking plates to the ground out of pain and frustration, eventually coming to terms with his anger. While his face displays surprise, his pain is rooted in his love for another soul.

The Franklin Electric does a seemingly impossible task: They make emotions normal through the art of music. With each piano note and dreary phrase, they validate deep heartache and anger. The character’s frustration ends with himself, composing his entire entity in the moment yet not defining him.

In the same way, the band states that every feeling is temporary. Just like the boy’s happiness quickly turned into grief, so does a hurting heart turn into an aware one — aware of his fears, problems, strengths, and hopes for the future.

There’s a lot of The Franklin Electric to love. 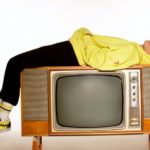 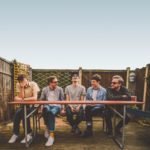