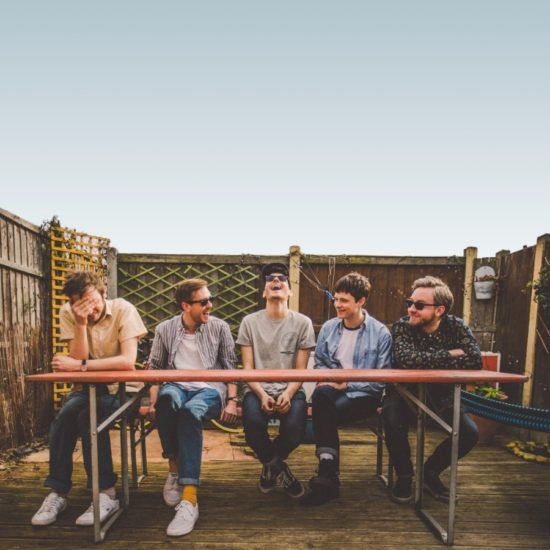 “Complete greatness clothed in a simplistic, understated charm” – The Line of Best Fit

“A breezy trip across indie-pop and something grander and more towards the shoegaze end of the scale.” – DIY

With praise as great as this, it is no wonder that Swimming Tapes wants to know “What’s On Your Mind.”  The 405 recently premiered the video, describing it as “sunny dream pop to get you through the day.” Brooklyn Vegan premiered the track itself, calling it “shimmering guitar pop, big on hooks and catchy choruses“.

Swimming Tapes are Robbie Reid (guitar, vocals), Louis Price (guitar, vocals), Jason Hawthorne (guitar), Paddy Conn (bass), and Andrew Evans (drums). The now London-based five piece band arrived in 2016; their self-released demo track, ‘Souvenirs’, quickly won them acclaim from the blogging world. Follow up tracks ‘Set The Fire’ and ‘Cameos’ saw them reach the top spot on the Hype Machine chart, earned the band their first play from BBC Radio 1, and tipped them well over 2 million track streams on Spotify. Swimming Tapes rounded off the year with the release of their debut EP, named after their first single ‘Souvenirs’, on the burgeoning London indie label Hand In Hive, and have firmly cemented themselves as ones to watch for the upcoming year.

Now the indie band have released their new EP Soft Sea Blue via B3SCI Records (US)/Hand in Hive Records (EU). The band has also been gaining support with spins from the likes of Matt Wilkinson and Elton John on Beats 1, the Annie Mac show, KCRW, BBC’s Introducing Hot List, and more.

Queen’s Parade is another shoegaze, shimmery hit-in-the-making from the EP. Their sound is a fun paradox of feeling fresh and new age as well as simultaneously retro and psychedelic.

Take a listen to it and its new age, almost beachy vibes here. You can stay connected to Swimming Tapes and the rest of their music on their Facebook, Twitter, and Soundcloud. 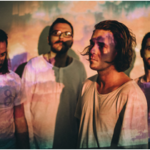 Hearts Break Heal with The Franklin Electric's 'Burning... Previous
Jason Gisser Band Wets Our Whistle With 'The River' Next 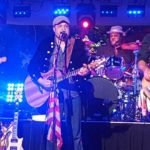