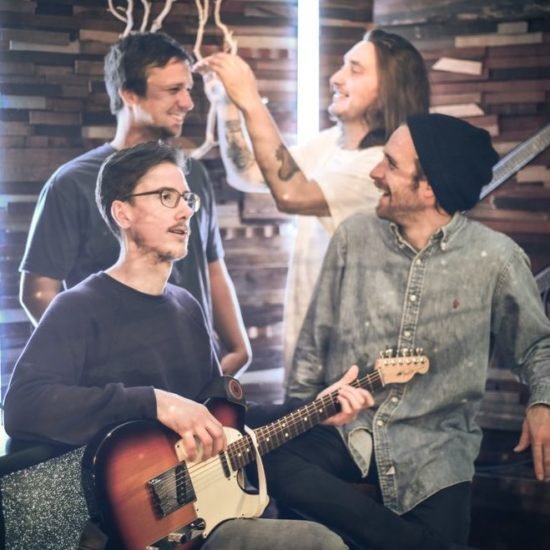 Goodwood Atoms recently released a four-song EP, “The Place,” through French Label Yunizon Records. The opening track is “Dreaming About,” a track with a boundless swirl of synths and purposeful rhythm.

The song begins with a hollow, upbeat drum pad with dreamy synths and gentle vocals. “I want to see you,” the vocals come in, “with the frightening fawns around your heart, it’s never enough.” Goodwood Atoms creates its own atmosphere – one you could even call dreamy. As he lets a nice vibrato ring at the end of his lines, matched with high harmonies and escalating synths, the intro builds until it bursts.

“Dreaming About” breaks into a fun track with a dance-worthy beat, the singer talk-singing rapidly. “With the mob in your mind, the champagne is when the lover couldn’t love with me again,” he expresses, the lyrics feeling like an intimate stream of consciousness revolving around a lost lover. “It’s never enough,” he sings repeatedly, though it’s hard to distinguish whether it’s frustration or resignation he feels. The lyrics are original and indicative of a strong songwriter, standing out with lines such as “I love the bones you pick, but I’ll never get over it when my heart is an animal.”

The bridge places a focus on the groovy guitar licks before the vocals come in once again. There is a nice back and forth between the atmosphere you first begin in and the second world it transports you to when it picks up. The song ends on an abrupt note, but it feels like the most appropriate way to end such a disjointed song. Overall, “Dreaming About” is a jam that will get you moving and singing along once you catch on to the lyrics. We look forward to hearing what comes next. 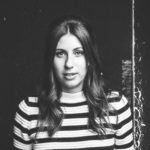 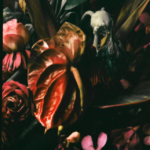 Caleb Hyles Tells All ‘In One Breath’