The debut EP, Death by Design, is an emotional collaboration by in\error. The four-piece band of like-minded members from Salt Lake City have come together to create project that is dark, while also liberating, both in sound and emotional content. On this EP in\error deals with topics such as depression, anxiety, anger, and heartbreak. Heavy and atmospheric, Death by Design is an intense first impression from the band.

Starting with vocalist Jesse McGivney, in\error was formed when guitarists Dawson Llewellyn and Neil Finch, along with bassist Jake Pannell came together seeking a darker sound and aesthetic. Born out of the ashes of McGivney’s previous project, Runaway, the band would rebrand with a more fierce tone. Now, in\error have become known for their captivating lyrical content and moody material.

Listen To “Death by Design” Here

The track “Give it Up” starts off the EP, and is a great introduction to the band’s sound. Drop tuned riffs are outlined with dissonant guitars while dramatic vocals evoke the insanity described in the lyrics. “Leave”, featuring Joseph Vallez, builds on the moody tone of the EP as a more atmospheric track. More electronic elements feature on this song that develop a melody and compliment the drum beat. Changing it up in the latter half of the song to become a chaotic storm in the breakdown.

“Caving” builds on the more ambient textures, leaving space in the track for the lyrics to develop the song. McGivney comes in showing vulnerability on the chorus, while chanting an emotional theme to sing along to. Similarly, the song “Spiraling” builds up the energy to epic roaring vocals on the chorus. While “Pretend” slows down the pace on the EP, it still carries a dramatic energy to a triumphant finish.

The title track “Death by Design” comes in with a violent side, while also elegantly defining the themes of this EP. The duality displayed on this track is a staple of in\error’s music. This song is hard-hitting with riffs and growled vocals as well as lyrics that speak to the human experience. Featuring Ben Hoagland, this track ends in a crushing breakdown. A reconceptualized version of the track “Caving” looks at it from a different perspective. This rendition is serene with expansive reverb and clean vocals leading up to a triumphant ending that caps off the album.

Be sure to check out in\error’s debut EP Death by Design. The band has managed to craft a sound that is at times crushingly heavy, while light and ethereal at others. Being united by a shared vision for their music, the band knows what direction they want to go in, and it will take them to the top. 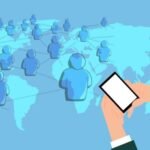 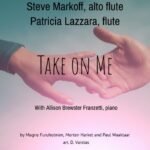