If you missed the debut of Mr. Industry from Brazilian rock group Added Color, you’re missing out on five great tracks that explore a deep meaning. Expressed through high levels of talent and expertise, the creativity that went into Mr. Indusrtry flows with each guitar strum and drum hit.

Mr. Industry has been out for almost a month, how’s it been knowing that fans finally get to hear it?

It’s been exciting to finally have it out there. We worked so hard on it and it’s great that people have access to it now. We’ve gotten tons of messages on our social media from fans telling us how happy they
are that they finally get to listen to our new songs at home or wherever they want. That’s the most rewarding part of it all.

How did writing Mr. Industry compare to your previous releases?

We had a much clearer idea of what we were going for. I think that as you develop as an artist, you learn to be more and more goal oriented and focused. It was much easier for us to choose what songs made the EP out of all the songs we wrote this time. We were way more in sync.

Is there a particular feeling or story that influenced the writing of Mr. Industry?

We went to a meeting with a manager that hit us up and was interested in working with us a while ago. During the whole meeting, he said nothing about the music or a strategy. All he talked and cared about was our social media numbers. We understand social media is a good tool for bands but come on! The music is the reason we do it. So this guy was the beginning of the concept, the original Mr. Industry. The concept kept developing with other industry people we met along the way, and with experiences, we were going through while writing.

In what ways do you feel the Added Color sound has grown since the group changed their name a year ago?

We decided to change our name when we felt we really found our sound. We feel it is more in line with all the members’ musical taste. We started playing together under Kiko and Dan’s old band name, and with the songs, they had at the time. Tim and Danny influenced the sound and we changed a lot as a group. So the sound has become a better representation of all the members.

What do you think new listeners should know about Mr. Industry and Added Color?

Added Color is all about being yourself and respecting people for who they really are. Listeners can expect honest music that is groovy, hits hard, and comes from the heart. Our shows are high energy and party oriented.

You just toured Morocco and are about to kick off a series of U.S. dates – what has it been like sharing the new music so far?

It’s been great. The response from the crowd has been the best it could possibly be. The new EP has been opening new doors for us and we’re very excited about it.

We are releasing an awesome animated music video for “Panic Attack” very soon, directed by our great friend Stephen Sues. We’re also playing lots of shows over the summer in the New England and Southeast areas, and are currently in the process of booking a tour in Brazil for the second half of the year. 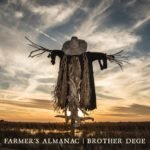 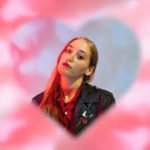