Hatchie Is Sweet As “Sugar & Spice” In Debut EP 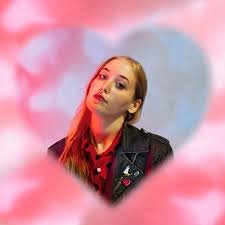 New indie pop artist Hatchie gives us a glimpse into her mind with her debut EP, Sugar & Spice. It features all the highlights of indie pop in a nutshell, drawing in retro and eclectic influences to craft a sound that’s uniquely Hatchie’s own.

Hatchie is Harriette Pilbeam, a singer and bassist that quietly dabbled in music and songwriting throughout most of her life. It wasn’t until college where she felt the urge to make something of it, inspired by her own evolution in the transitionary period.

Her very first single, “Try,” all but thrust her into the forefront of the indie scene.

It’s hazy in a sense, the background layers all fading together in a simulated white noise. Hatchie’s voice blossoms and fades overtop, establishing catchy pop melodies that give the song its roots.

“Try” is the perfect mix of dreamy and straightforward pop, intertwining the two styles into one perfectly catchy song.

But this song is only the beginning. Now, we have an EP full of five varied tracks from Hatchie, in which she explores her inspirations, ideas, and musical influences.

Sugar & Spice is a Sweetly Strong Debut for Hatchie

The debut EP might largely be a collection of singles, but it does include one unreleased track. In fact, “Bad Guy” might just be one of the strongest points of the album.

Hatchie’s voice is dreamy and hazy as ever, drawing you into her relaxed and mellow world. The underlying rhythmic interest creates a momentum that drives into the catchy chorus, which remains unhurried. It’s wordy in an interesting way, never straying too far from its roots.

Another song, “Sleep,” is perfectly lush in its winding synth lines and full harmonies. Here she explores her vocal range here, taking the music to new heights.

It’s a song that will get stuck in your head, keeping you coming back for more.

Hatchie’s Sugar & Spice EP has a hint of youthfulness to it. As her official debut, it makes sense. Hatchie is only at the beginning of what is sure to be a long and fruitful journey, if the creativity and success of her premiere songs is anything to go by.

Sugar & Spice is definitely worth checking out and make it sooner than later. Even just after only five songs, it’s obvious that Hatchie is going places. 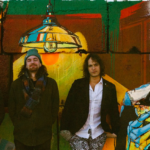 IBG Interview - 7 Questions With... Added Color Previous
LT Wade Shows The Radiance of the West Coast in New Single Next 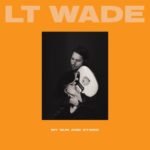