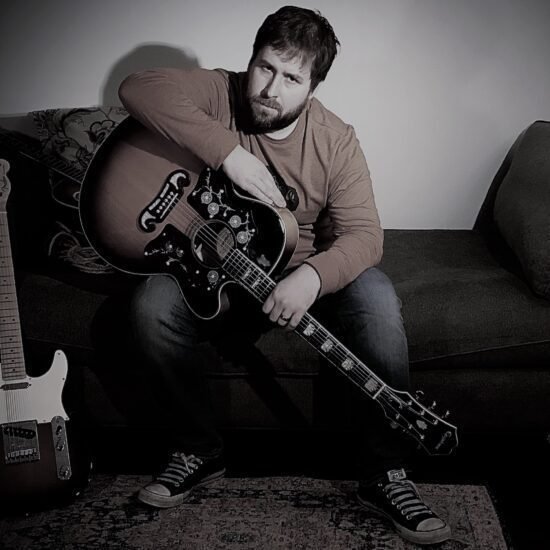 Creating original music is a long and winding road. The muse of songwriting will come and go as it pleases. Situations and complications may derail the music for a while but if it is meant to be it will come. Our new friends from Bent Roads Tavern have travelled those bent roads and are ready to return with new music.

We had a chance to chat with the band and learn more. Enjoy the interview below:

First off, tell us about the name Bent Roads Tavern?

The name was created by one of the founding members, Christian Stokkmo, who passed before his time in 2019. It is meant to convey a sense of refuge and belonging for weary travelers on the long and winding road of life.

Our sound is “Canadiana” which is like Americana but with an alt rock edge to it.

The group had been on hiatus for quite a while. What drove you to start it up again?

When Christian passed in 2019, we wanted to pay tribute to his legacy. This sent us down a path of our unreleased back catalogue, and we remastered it. We have since curated a collection of songs and recorded them for the first time in a professional studio environment, and we are releasing it as our debut studio album in 2022.

I have always been partial to lyricists and songwriters more so than pop performers. Gord Downie and the Tragically Hip, Crash Test Dummies, Alanis Morissette, Our Lady Peace, Thom Yorke and Radiohead, Dave Matthews Band, Arcade Fire, Bob Dylan, Tom Petty, Soundgarden, Sigur Ros, Florence and the Machine, Odds, Tim Baker and Hey Rosetta!, the list goes on and on and on.

A Taste of Bent Roads Tavern

How does a song come together for Bent Roads Tavern? Tell us about the songwriting process.

Typically it is Graham, Jim or myself that comes up with a basic verse and/or chorus and then we work shop the lines and parts until we have something that is cohesive. The meaning of the song often evolves throughout the process, and at the end, we critique the lyrics and wordsmith to fit the aesthetic of the song. We will record the song as written, but then we will critically review the arrangement and experiment with bridges, drops, repetition, intros and outros. Essentially, we take a singer-songwriter tunes and morph them into fully realized Canadiana tracks.

We hear the debut studio album Clear Nights. Brite Lites is coming soon. What can you tell us about it?

We are just finishing up the artwork and recordings now. I’m doing one final recording session with Graham in Red Deer, Alberta this week (June 24), and one final vocal session with Jim in Vancouver in early July. Then I have a few tracks to do final vocals on before mid July then it is mix mix mix until September. The album will be released digitally in the fall, with vinyl pre-sales happening about that time. The vinyls will be manufactured and distributed in early 2023.

Share some advice for other artists looking to be involved in a collaborative project.

Friendship, respect, and trust in your peer musicians is imperative. A collective like Bent Roads Tavern would not work if the individual musicians were not self-confident in their abilities but also open-minded to others inputs and feedback as the music evolves through the writing and recording process.

After the album release, what does the future hold for Bent Roads Tavern?

Now that we’ve figured out how to release music on our own terms and reach a wide audience, we will just release, rinse, repeat. I figure we have enough ideas in us to do at least three albums over the next several years. After the album is released though, we want to be ready to perform it live, so we are starting to work through what that looks like for scaled shows and festivals in the coming years.

Keep up with more from Bent Roads Tavern HERE. 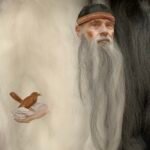 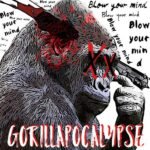