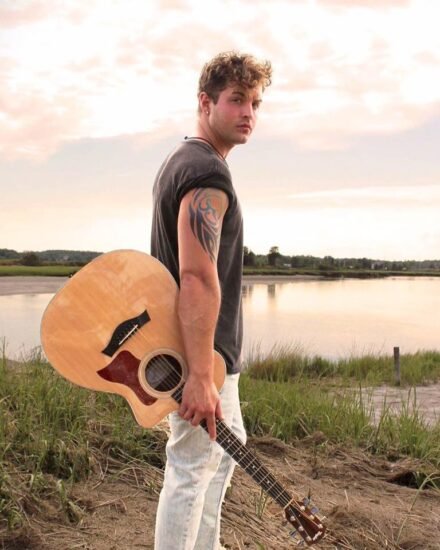 When success comes calling an artist has to keep working hard to stay in the limelight. Our friend Dom Colizzi has been on a real roll with a string of singles and is already back on the road touring to stay in front of his growing fanbase. We had a chance to catch up with the rising singer-songwriter and entrepreneur to get a little deeper into his story. Enjoy the interview:

Hey Dom!  Congrats on the success of your brand new single, “Demons.” Tell us about it…what has it meant to see some of the chart success you’re enjoying?

Thank you so much! Honestly, it finally gives me the feeling of validation; I feel that I made the right choice sitting in the producer chair and trusting my gut. I knew I loved the song Idin Kain and I were writing, but I took a chance on producing it as well. What’s been really cool is seeing all these new fans from Europe and around the World, not just in the US! This only fuels the flame for me as an Artist to continue to release songs that I love regardless of Genre. I really want to be part of the whole “No Genre” train and just focus on putting out music I’m proud of and let the Fans decide on “what it sounds like.”

If you had the chance to play/record with one of your major influences, who would that be and why?  What would you perform?

I love this question because I’m a believer in manifestation so if we say it enough, it’s gotta happen! Haha my answer will always be Justin Timberlake! I just want to get in the studio and record something completely fresh. I’m a fan of Justin’s song, “Mirrors” so I’d love to sing it with him and put out a record with a similar sound.

How would you describe the perfect song?

This is an extremely complicated question when you’re an Artist, Writer, Producer, and multi-processor haha! There’s no real formula to creating the perfect song. To me, I believe that the hook has to be repetitive and extremely catchy; the verse has to simply tell the story of your concept with a couple interesting lyrics that can impress fellow songwriters; all melodies have to be able to hold their own, meaning they all have the potential to be the “hook” melody; lastly, be very intentional with lyrics, concepts, length of the song, etc, and remove anything that isn’t needed or crowds the mix.

If I scanned your playlists, what would be one artist that I’d be most shocked to see on them?

Ty Dolla $ign with Atlantic Records! He is an incredible Artist and Producer that nails every hook or melody he sings. His voice has such a cool timbre, so I’d really love to do a record with him.

You live in Music City, Nashville.  How did you come to live there? How is it different from anywhere else you’ve lived?

I moved to Nashville in 2014 when things were just beginning to change in the city, especially in Mid Town and Broadway. Randy Jackson recommended that I move there to learn songwriting and producing when I sang for him out in LA, so I followed his advice! Nashville is a great blend of city and country, so growing up in Maine, it’s far easier for me to live there than it was living in LA. Nashville is a “big city with a small town feel.”

Now that COVID is lifting, are there any tour plans?

Absolutely! I’m currently on my “Slowly Tour” all throughout New England. I’m currently working on hosting and promoting my first big music festival as well in my home state. The Red Rum Music Festival will be held at the Augusta Civic Center on Saturday, September 4th in Augusta, Maine. The plan is to give a huge revival to the city and give local businesses a chance to get involved, and get Artists of local and National recognition to create an all day musical experience for Fans and Festival-goers!

Any plans for a music video for “Demons?”

For sure! I’d like to actually put Idin Kain, who cowrote “Demons”, in it! I’d love to give him a chance to act, while also giving Fans an Easter egg once they find out he wrote the song with me. We should be shooting the video in the next month or so.

When can we expect an EP, or maybe a full length?

I’m going to release a few more Singles this year, leading up to an EP. I’d love to release an EP by early 2022 and see how that goes before putting together a full length album. My plan is to get a few more placements in Sync to build recognition and pull in more creators when it comes time for an album. I’d want it to be a collaborative project!

Any closing words for your fans, and our readers?

Thank you so much for all the love and support so far! It means the world to me. Stay tuned on The Red Rum Music Festival in Augusta, Maine! This is my first time taking an Entrepreneurial approach to the show, so I’m excited to see what we can pull together for Fans!

Keep up with Dom Colizzi Here: 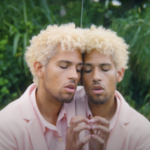 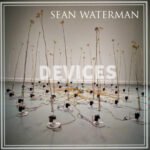