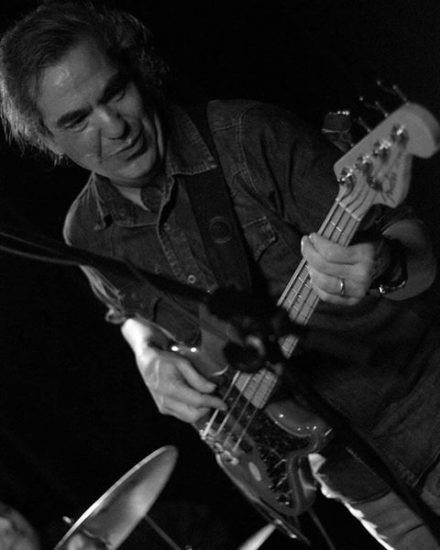 Tell us about the music scene in Ontario?

Ed Roman. Ontario has always been a robust community of developing musicians. It is a quintessential breeding ground. So many musicians have been practising their craft, teaching, working in the commercial field and doing just about everything they can in order to stay alive. Many of us have had to go elsewhere to seek some sense of material longevity. It’s part of the Canadian conspiracy. We’re taking over the world… one Canadian at a time… lol

Who are you listening to these days?

If you could tour with one artist, opening shows, whom would that be?

Ed Roman. I think it would be a lot of fun to go on the road with an iconic structure like Willie Nelson. I have a great deal of respect for the old guard as many of us stand on their shoulders today. Willy is very passionate about food and agriculture. To be part of some mega food tour or something like a rolling “Farm Aid” would be totally awesome..

Why is “Red Omen” an important music release?  Why should new listeners give it a chance?

Ed Roman. Songs take on meanings in our lives for different reasons at different moments in time. Artists write songs as a result of the experiences that they’re having at different moments of their lives. To me, the song is bigger than myself. I was labeled dyslexic. It is however a gift. And with that gift, I felt it extremely apropos to not only wield words in a colorful way to describe my own existence with this song but use my very name to create an anagram.

Since it’s inception I always forsaw it as a cartoon or an animated short. I was lucky enough to find an incredibly talented animation and design person, Nelson Diaz And the company that he works with in New York City, There Be DragonsCreative Media. Nelsons work include such clients as Disney, Nickelodeon, Teletoon and has received awards on films like Kung Fu Panda Two, TED and SpongeBob SquarePants.. Nelson believes in the music and we have created something that is more like a modern day Faberge egg when it comes to animation and musical concepts.

With the gift of dyslexia I have reached out to the US national organization “Davis Dyslexia Society” and the Canadian national office “Positive Dyslexia” and I am currently inthe stagess of a cross promotion campaign that will be nationwide in order to raise money for tutoring programs. These tutoring dyslexia methods are not yet implemented into the north American education system however they are in many places in the EU, Great Britain and The Netherlands. The fundraising campaign will go to support children that can’t afford these educational programs. It’s a good thing for people to get involved with as the seeds that we plant for today will be the fruit that we bear tomorrow.

If you could perform in your dream venue, where would that be, and why?

Ed Roman. I love to play outside so a venue that would be a lot of fun to do would be The Red Rocks amphitheatre just outside of Denver Colorado..

Your favorite song on your album is?  Why is that?

Ed Roman. I’d say the song “Red Omen” is currently my favourite song as it is attached to this extremely positive campaign for children’s education.

Where do you see yourself in 5 years?

My biggest hope is that this campaign not only raises money but opens a small crack in dialogue when it comes to new educational methods for young children that are struggling. I want to be able to look back and know that this is working…. not just for myself but for those that didn’t have the kinds of opportunities that I had when I was that age.

What means more to you: Sales, Awards, or critical praise? and why?

Ed Roman. What means the most to me. The most of the most of the most. It’s playing music with my friends. To me friendship and music go hand-in-hand. As time goes by and people get older we sometimes find ourselves at distant points in the ocean from one another. Perhaps the cheerio effect inside of some sort of religious water tension of the 21st-centuries goulash has the ability to collate what is such a magical time and space.

Who is your dream collaboration? and why?

Ed Roman. There are so many people that I would love to collaborate with. A good portion of them are dead…. so that would be next to impossible and of course a dream. Row row row your boat. What I’d really like to do is track down someone like Bob Dylan. Haven’t heard much from him lately. I’ve got a lot of questions for him. In the meantime, I’ll bring my axes.. I’m sure something will come up.

Where do you discover new music?

Ed Roman. Everywhere !!!!  I hear it outside in the daytime when I’m walking around. I hear it at night in subtle rhythms that exists in the darkness and the gently passing light into evening. I hear it in the ticking of the clock in the silence of the room when no one speaking. I’ve heard it in the panting of an animal as it sits in front of me staring into my eyes. I’ve heard it as my feet run away or race closer to the things that I love or I’m afraid of. But then again I guess you could turn on the ol radio..

Any final thoughts, shout outs, lessons for our readers?

Ed Roman. I’d like to say thank you so kindly for having me and it’s been an absolute pleasure to be able to speak with you. Please look for any and all information on the video and fundraising campaign for the title track of my latest album “Red Omen.” Have a most blessed day. 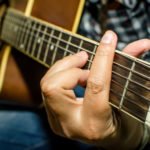 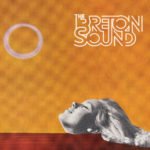