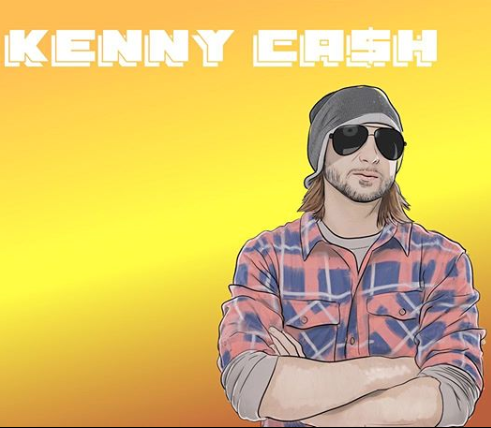 There are many different pieces to the music industry. An artist must be open to finding thier own place. This could be anywhere from vocalist to top line producer. Our recent find Kenny Cash has a little of everything inside of him as he prepares to release new project Ill Opera to the world.

We had the chance to chat with him and get a little deeper into his story. Enjoy the interview here:

It’s petty simple I just like the freedom it gave me.

Tell us a little about Factory Underground Studio and what you do there?

The Factory is mine and my partner Ethan Isaac’s own Dojo.  I can be found there do anything from mixing records, playing bass, budgeting out a new control room, to cleaning the bathrooms.  But it all is part of the process of reaching the full potential of what the studio and the local music scene can be.

A few indie bands you have been working with are starting to get noticed. Which recent ones stand out?

I would have to say that a band that has been growing pretty rapidly is Goose. I jumped in to produce their first record “Moon Cabin” at the end of 2015 and by then end of 2019 they have been selling out venues across the nation; they will be opening for Dead and Company in January 2020.  Also I am really excited about a young indie pop band named “Similar Kind.”  These guys started out as students and interns at the studio and now they are writing great songs.  They are kind of a cross between The Cure, Tame impala, and No Doubt.  My wife and I also have an alternative pop group named Che-Val that has landed some new tracks for licensing on some indie films as well as USA Network’s “Temptation Island,” Season 1 and 2.

What is your process for producing these independent bands?

It’s always different and it always has to fit the band.  I do my best to take a picture that encapsulates what each artist or artists are at that particular moment in their artistic journey – all of their energy, current influences, strengths and flaws.  Then I can start documenting what the band is and can be.  For Goose, we rented a cabin on the border of Canada. For Similar kind, we pretty much used the Factory Underground and all its toys exclusively. With Che-Val, the tracks are constantly bouncing back and forth from my home studio and the Factory Underground and potentially even some other undisclosed locations.

We hear Kenny Cash is transitioning to becoming an artist now. What brought that about?

I have always been an artist and taken an artistic approach to music but just now I am starting to do it with my own voice.  I was always afraid of my voice but knowing/understanding the voice and how it works is such an important part of being a producer.  One day I was watching my daughter learning to crawl and I was inspired to write a song so I just figured it was time to get over it.

This upcoming project Ill Opera seems really interesting. What can you tell us about it?

So, ironically enough, that song that I was writing for my daughter ended up being the last song in the Opera.  The Opera is actually my political voice/opinion viewing the world theses past couple of years as a new father.  Being American it has been hard  to avoid or ignore the divided position of our nation. Political pressure has been forced in front of us by the media and while I don’t want to be the type of person to hold a conversation on Social Media I do have view point and this is the best way for me to share it.

Musically I tried to pull from some of my main influences with developed harmonic structure like that of the Beach Boys, heavy Kendrick like 808’s, and some funk/soul guitar like Prince and mix it with a genre I really hadn’t dove that much into.  Because of the aggression of the era that we are in and because I wouldn’t categorize my voice as a “Soul Singer’s” voice I found myself reaching for The Clash,  The Dead Milkman,  Talking heads, and Blink 182 for influence.

While I was writing songs I commissioned a graphic artist, Rich Smith, to help me develop the characters and story board the plot.  This was really fun because I’m usually working with a musical artist but in this case, I was creating new visual art in real time.  Next, the factory’s in house Graphic Design artist, Guzman Gonzalez decided he would be bold enough to start learning animation while making the characters come to life.  Because there was a limited budget we tried to come up with a unique look with some homage to Graffiti.

What does the future after this animated opera hold for Kenny Cash?

Because I am so locked into the studio and doing projects there is not much time leftover time to perform but I was thinking of submitting the opera to film festivals to show it off.  I would also love to continue the story.  This piece of the character’s journey is told by my voice but I would love to get other artists/bands to join in and allow them to be characters as well. 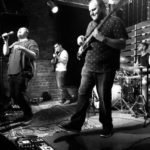 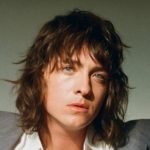