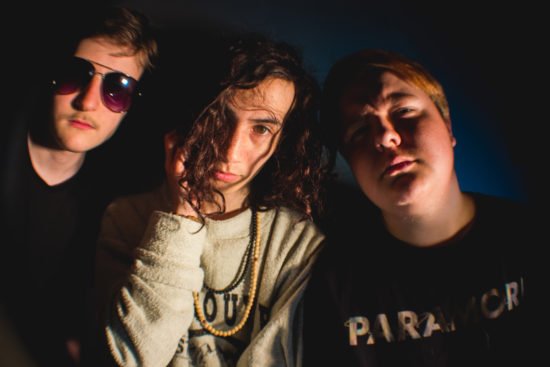 One of the most important parts of being in a working band is having fun. Without that it will eventually all fall apart. We recently discovered Supersism who seems to know how to have a good time, and also pour out that rock energy into their songs.

We had a chance to chat with the 3-piece rock band to get a little deeper behind the scenes. Enjoy the interview

So how did the name Supersism come about?

[Michael]: The name Supersism is a pretty open ended name. It’s a combination of the prefix super and suffix sism. Super in latin refers to something that’s beyond or above and sism refers to a practice or philosophy. Make of that what you will *laughs*

[Nate]: I’d describe our sound as heavy riffs, powerful drums, crunchy bass and gnarly vocals. It’s been difficult for me to put one genre on the band because we all have different inspirations. We try to make our music as unique as possible so to put a genre label on it feels limiting.

[Paul]: I would describe our sound as hard rock with a 60’s and 70’s influence. While some of our songs have a hard rock sound, others lean more toward metal.

What bands have had the biggest influence on the band?

[Paul]: I would say that bands such as Led Zeppelin, Nirvana, Black Sabbath, etc. are strong influences on our sound and style of writing.

[Nate]: The biggest influence for me and my writing is Nirvana, LINKIN PARK, Slipknot, Lamb Of God, etc. Lots of hard rock and metal.

How did you realize that the three of you were the right fit for Supersism?

[Nate] I met Michael on Kijiji just over a year ago. The first time we met we started jamming and writing. We had a lot of musical chemistry. We started writing our first song “Cabin Pressure” that’s when I knew Michael and I would be good musical partners.

[Paul]: Having a good rapport is very important. We work well together and bring out the best in each other with our varied skills. Nate is a very talented drummer, while Michael brings a very distinct sound with his vocal style and guitar playing. I realized we were a good fit for Supersism right from the moment I joined.

[Michael]: We went through a rotation of bassists for a while but didn’t really mesh with any of them. I was introduced to Paul through Nate. This is probably the first time we feel like a complete unit. Paul really adds a lot to the band, he’s a really talented musician. He also plays piano which means you might be seeing some Doors covers in the near future.

[Nate]: for writing my drum parts I like to just close my eyes and listen to whatever the guitar part is and imagine what beat is playing over that. I’ll start playing along and if something doesn’t sound right over the guitar or the vocals I change it up. We just keep polishing our parts until it sounds like what we think it should. If I haven’t got that adrenaline filled feeling after I played the song it’s not done for me. Sometimes that comes right away and sometimes that can take a few months. It took 5 months of restarting and restarting before I was happy with “coachella girls”.

[Paul]: When I joined Supersism most of their songs had already been created. I helped out with basslines and giving general feedback.

Rumor is that you have a new album ‘Zero’ coming out on August 23rd. Tell us about it

[Michael]: It’s going to be a really raw album. I think our true fans are going to really love it and I think the bandwagoners are going to hate it. *laughs* There’s a good variety of genres on that album, Hard Rock, Grunge, American Hardcore, Alternative Rock and a little bit of Art Rock. It’s the mutt of the rock world.

[Paul]: ‘Zero’ is a great album with lots of diverse sounds. It includes a lot of experimentation with different genres, but still mainly falls under the ‘Rock’ genre. It’s Supersism’s best yet!

Give us some advice for other bands pouring their heart into their music?

[Nate]: Just have a lot of fun. It shows in your music when you actually love what you’re doing. It’s really easy to get caught up in wanting higher numbers. Just remember not to let that stop you from writing more and putting your all into your art. Don’t get discouraged!

[Paul]: Work hard, always try to get the best out of each other and most importantly, write in your own unique style. Give it all you’ve got!

What does the future hold for Supersism?

[Paul]: We expect to release more music videos, perform at more live events and write more great music. The creativity keeps getting better the more we work with each other. That’s the great thing about combining our different talents and skills.

Keep up with Supersism and hear more music HERE 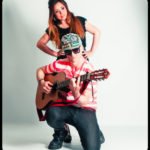 Ooberfuse Hears You “Call My Name” Previous
City Under Siege Has Fans "Freakin Out" With Their New... Next 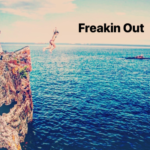