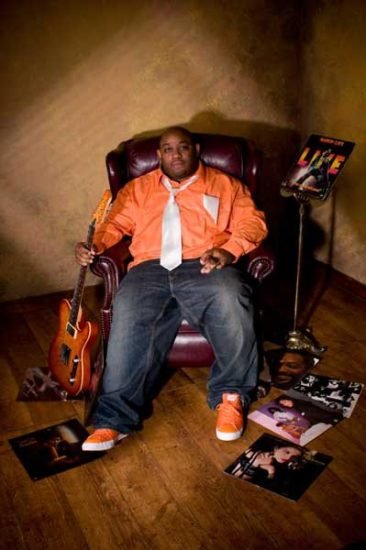 The genre of Hip Hop is constantly changing and evolving.  An artist hoping to stay at the top must always be fresh and willing to accept this change but also hold on to the classic sounds that influenced their own development.  Our recent find Pflames has been in the game for a while and is skilled at staying on top of what is happening in the scene.

The Hip Hop performer and producer hails from the indie rock heartland of Omaha, Nebraska but has been a part of making the Hip Hop scene just as prominent.  Personally Pflames gets involved in all aspects.  He not only has the charisma to get in front of the microphone but also the skills and creative mind to write sings and produce ear catching beats.

The most recent track “Ambition” means a lot to Pflames.  He wrote it in a time of desperation and struggle looking for the success he deserved.  It sat on the shelf for a while but has now finally come to life with the help of Damien Thompson.  The song has taken a fresh turn with Damien’s vocals that matched exactly what Pflames was looking for all along.  There is real emotion felt in every verse.  The hook explodes the speakers with a bombastic energy that will wake any listener up.

We had the chance recently to speak with Pflames and get behind the songwriter and the song.

Enjoy the interview with Pflames here:

How did you get the Pflames moniker?

I actually got the name from a friend of mine. Back when i was in my late teens i used 2 make beats 4 ppl in my neighborhood…rappers, singers whatever…I was tryna be the go 2 guy, but i had a partner who i would always have over just 2 check out the stuff i was doing, and he just started calling me flames cuz he would say every time he came over i always had that fire ready 4 him…and it just kinda stuck. most ppl up until then just called me JP…so i had 2 keep a bit of that in it…so i started going by James Pflames…which got annoying cuz then ppl who didn’t know me wanted 2 call me James…but my name is Justin…so i dropped the James and just rocked with Pflames.

Your sound is a fresh take on Hip Hop. How would you describe it?

How would i describe my sound or my take on hip hop…somebody once told me i was alternative hip hop…i don’t quite know if thats how i would classify it, but i guess i would say more organic or something. I fell in love with hip hop in the 90’s…tribe called quest, the roots…Organized Noize stuff. And i was a musician long before that so the focus on the music and instrumentation has always been embedded in my work…So i know that pry doesn’t answer much lol…so we’ll stick with Alternative hip hop

What artists have influenced your style?

Man…there r so many influences…I was and still am really very into Prince…all era’s, Timbaland as a producer is amazing. Outkast, Santana, Hendrix…all the usual suspects i guess…Nina Simone, Billy Preston…I’m really into Old school stuff…i could pry list artist 4 days…but i try 2 carry a piece of all my influences in my work somewhere.

How have you seen the Omaha scene develop in your time there?

Ive seen the hip hop scene really open up a lot over the last few years. Like Omaha has always been known 4 the indie rock and singer/songwriter scene…which I’m sure will always be…but i can still remember when hip hop artists had very few platforms 2 make their projects work, limited stages, no radio…now u can find a hip hop show damn near any day of the week.

You have produced tracks with artists from Las Vegas, NV, Kansas City, MO and Seattle, WA. How did you accomplish this?

Basically i traveled a lot and used the internet 2 my advantage, before there was sound cloud and all these other sites i used 2 work out of indie blogs and myspace…and just circulated music and beats anyway i could…I was just lucky that there were ppl who enjoyed the sounds i was making enough 2 wanna run with it u know.

Your latest single “Ambition” with Damien Thompson is a new chapter. How did you two get together?

It’s crazy cuz I’ve known Damien for many, many years but we had never worked 2gether b4. Like we would run into each other and would always talk about it, but never really linked up 2 make it happen.

Tell us about how that song developed?

Well …it’s crazy how life works…but Ambition is a song i had started working on like 2 maybe 3yrs ago but could never find the right singer or sound that i was looking for. Like I’ve had plenty of singers come in and try out ideas but absolutely nothing moved me or stuck. And thats not 2 take away from any of the singers or songwriters…they just didn’t match my vibe 4 that particular record. So i put it on the shelf and kinda gave up on the idea…fast forward a year or so and me and Damien finally link up 2 go over some ideas. I wound up giving him a cd with some rough demos and ideas 2 see what he could come up with and actually threw the beat 2 Ambition on there as an afterthought…no words no explanation…like i said a complete after thought.  And he came back maybe a few days later with everything i had been looking 4 2 complete the record…he just felt the vibe and ran…it’s crazy how life works…lol

What is next for Pflames?

Im currently putting the finishing touches on a double album that I’m looking 2 have out in June and just the grind that follows that. Ambition is starting 2 gain a little traction so hopefully we can keep pushing that man & see where this thing takes us. I know Damien is writing and will hopefully have a solo record in the pipeline soon as well…We’ve cooked up quite a few special things 4 my album…so Lord willing we’ll keep full plates and rock this thing on out.
Keep up with more music at: http://www.experiencepflames.com/ 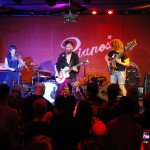 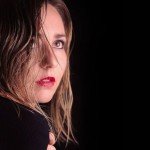