Some talents are fostered through a lot of training, but there are others that have to be cultivated from birth by a person who naturally feels inclined towards creativity. IZ.M.B. is one of these people, and in her new single “Recover,” she’s flexing the sort of muscle that brings players out of the underground shadows and into the mainstream. Lyrically, “Recover” is a personal track that evolves one verse at a time, while musically it feels like just as much of a chameleon as the artist who is responsible for its creation does. This is a tough single to pigeonhole, but that just might be the point.

From a compositional point of view, there’s no declaring “Recover” an outright rock song, so in more than a couple of ways it feels like an unforced pop number that explores whatever grounds this singer can venture to with her vocal (and I would hardly describe her as limited in depth). The progressive angle of the hook here leads us into several different tempos and, seemingly, adaptations of genre before we finally return to the power ballad-style intensity that circles the climax of the song’s first half, which I would easily deem the most enigmatic portion of the track.

These drums dominate the mix a touch more than they should, but if it’s stadium-shaking anthemics that IZ.M.B. wants to play with in “Recover,” she picked the right backdrop to do it against. She’s definitely got an ear for music that you can appreciate from numerous angles in this performance, and part of the reason why I think it works as well as a single as it does is because of the fluidity with which it’s able to highlight her versatility as both a singer and a performer in general.

I didn’t know anything about IZ.M.B. before I got turned onto “Recover” not long before its release, and in the realm of alternative pop/rock, I think it qualifies as one of the more exciting new tracks I’ve listened to in a long while now. “Recover” owes a lot to the ‘90s with regards to the angst it’s sporting, but its concept is much more stacked than anything I heard pre-21st century. From top to bottom, this is a piece that has a chance to really bring its composer a lot of love from the press and audiences globally. 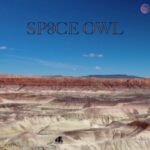 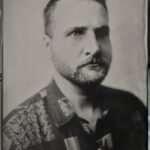