One of the best parts of being a music writer is getting to hear new music before it gets released to the general public. Yes, I am a music snob. And yes I have listened to more unique songs in the last decade than most people will hear in their life. After reviewing the lead single “Covered In Blood” from Joshua Ketchmark a couple weeks ago, we were now given the opportunity to preview the full Blood album which is due out on July 8th, 2022.

The American singer-songwriter has been releasing records since 2008. From there music became his life. From playing big shows in Hollywood and Nashville to opening his own Black Gold Speakeasy studio to produce, engineer and mix records for other artists. This path has given Joshua Ketchmark the experience to continue creating great original music. Blood will be his tenth studio album.

Another side is shown by Joshua Ketchmark on “All I See.” Here he slows it down and pours out his emotions in a very open way. Some fancy guitar  turns the track up a notch for a solo. The tempo changes keep the listener paying close attention to what the artist is sharing. We stay on the slow side with “Casual Subtitles” and it’s more minimalistic approach. The vocals of Joshua are the focus here. Paired with an elegant acoustic and some occasional other instruments adding more subtle layers.

“Crossbone” shows off some piano-led momentum as the song builds throughout. The vocals are delivered with a little more energy here but the emotion stays the same. We can all feel what Joshua is feeling. As we arrive at the closer “Tazewell County Line” our souls are eased even further. Blood is a heartfelt experience through and through.

Blood is available for pre-order on Apple Music now.

Keep Up With More From Joshua Ketchmark 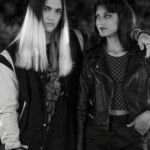 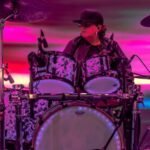