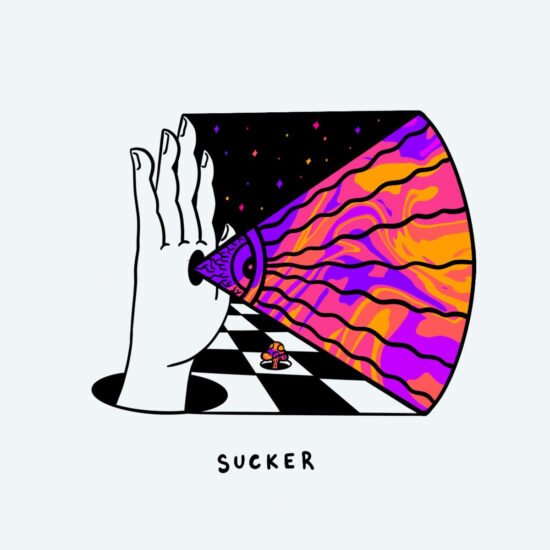 2020 may have been a confining year for most people but luckily for their fans it opened up plenty of time and creativity for the hip-hop alternative rock group Katastro, who’s sixth full-length studio album Sucker is set to be released on Friday, July 16th. The quartet, featuring Andy Chaves as vocals, Andrew Stravers on drums, Tanner Riccio on guitar and Ryan Weedle on bass has been creating music for over a decade and a half and this newest album will be a new evolution of their sound, building on the upbeat party music of their early albums and the more introspective lyrics of their more recent releases.

The album opens with their recent lead single “The Way I Feel” which begins with a building intensity that is sure to get the listener excited for what’s to come. This song is followed up by “100 RIPS” which leans into a more spacey and atmospheric feel in the music, contrasted by Chaves’ more grounded vocals. The floaty atmospheric energy continues into the next song “Droptop” as well which features a more melodic sound in the vocals of the chorus as well as backing vocals by Micah Brown of Iration.

The next song “POCKET FULLA” sets itself apart immediately with an intro that is heavy on the bass and the electronic sound. The drums and bass really shine in “One Day,” an upbeat and danceable track about getting over a failing relationship. This is followed by “Sucker” the album’s title track which encapsulates a lot of the bands style, including strong reggae inspired beats in the drums and bass and vocals shifting between rhythmic style and simple but evocative melodies.

Listen to “One Day” below

The next track “Hotel Lobby” is probably the most unique and stand out of the album. It’s influences seem to be unique among the album with a jazz beat and matching vocals. The mello atmospheric sound from the beginning of the album makes its return in the next track “Naked” which includes a series of guitar chords with a floaty psychedelic energy which are just a taste of Riccio’s skill showcased in the later half of the album.

“TOO $HORT” is one of the longer songs presented and it uses that time to good effect, a slow and powerful build using the guitar and a heavy underlying beat to build up hype into the last few tracks of the album. “Way Too High” features a lighter sound in the vocals, but a grittier blues-like tone in the guitar which is featured in one of the album’s several solo’s in this song. “John T” is an excellent and catchy penultimate song for the album including another guitar solo and a groovy baseline under the vocals of the verse.

“Last Call” the final song on the album is a soothing come down from the high energy of the rest of the album. It is a sweet love song, a big contrast from the party music and breakup anthems that make up most of the album.
Overall Sucker sounds like a great summer album, with plenty of tunes that would be great to get up and dance to at a party, or just to chill out to and relax. Katastro’s music is an interesting mix of floaty atmospheric electronics, strong syncopated beats and melodic catchy vocals all of which seem like they might not come together, but do in a cohesive sound and a fun style. 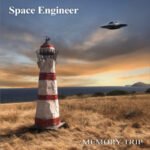 Take A 'Memory Trip' With Space Engineer Previous
Step Back In Time and ask “Is Anybody Out There?”... Next 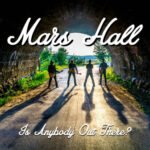