Kevin Durr Gives Us A Glimpse of ‘Better Angels’ 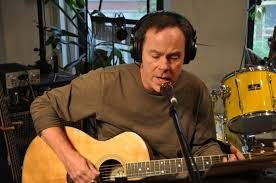 The seeming optimism at the heart of Better Angels by Kevin Durr isn’t some sort of artifice or put on and stands as one of the abiding virtues defining his songwriting. It isn’t any sort of Pollyanna view of the world as it is but, instead, focuses on our potential and often laments how we all too rarely live up to our capabilities with a pragmatism and intelligence preventing his art from ever lapsing into self-indulgent twaddle. A lesser artist couldn’t pull Better Angels’ twelve songs off and hold listeners attention. Instead, those songs would likely come off as affected or ham-fisted instead of how they evolve in Durr’s hands; as a natural expression from an artistic sensibility intensely connected with the human experience. These are lofty words, but this Chicago singer/songwriter and popular Windy City live act has staked his musical ambitions on dreams of properly rendering life through art. Better Angels finds him offering songs exploring new corners of familiar territory.

“I’m Not Sleeping Anymore”, the album’s opener, is one of its more rousing numbers and a near perfect selection for this important slot. Newcomers are introduced, from the start to Durr’s stylistic union of acoustic singer/songwriter folk guitar, perhaps spiked by a dash of rock and roll rhythm, with dramatic musical structures and a near classical sense of the pop song’s possibilities. Durr sings with a second vocalist throughout the album and their voices are extraordinarily complementary, but Durr’s voice remains “center stage” for the recording. Some may object to the nasal edge of his voice, but deeper listeners will discover a singer who conveys personality, experience, and energy through his phrasing and remains, above all else, a talented writer in every area. The second song “Here We Go” has a great chorus and a memorable stutter to its acoustic guitar work that helps make the melody just a little more idiosyncratic than it might otherwise be. There’s a rousing uplift to this recording and performance that will undoubtedly make it one of the more popular numbers on Better Angels.

One of the album’s more delicate numbers comes with the song “The Writing on the Wall”. It’s very satisfying to hear how Durr, as a writer, takes that well-worn turn of phrase and fashions something personal and poetic from it without ever risking cliché or over-familiarity. The instrumental interplay on this song is among the album’s best. “To Believe in Love Again” has a gentle ache defining is nearly four-minute runtime that some more lyrical violin work underlines without ever straining for effect. It’s followed by “Beyond and Above”, surely one of the more potent numbers on the album. It transforms halfway through from a rather meditative tune into a much more forceful, cinematic second half.

A final reminder of the gifts of Kevin Durr for musical enchantment comes with Better Angels’ curtain, the moving “For a Songbird”, though some may find the imagery and mood of the tune lacking the originality of some earlier numbers. Others, instead, will hear this as a rightful conclusion to the album that consolidates the strengths of much we’ve heard earlier on and provides a sense of well-rounded completeness to the release. Kevin Durr’s Better Angels is definitely one of the year’s more considered releases, but passion comes through with each performance. 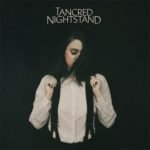 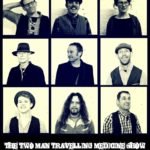 Kevin Durr Provides Us With A ‘Sanctuary’