Konki Keeps Us ‘Searching’ With new Single and Interview

Creating music allows the songwriter to have a real outlet to get out their own dark emotions. It also provides a soundtrack for the ones who need it to pick them up. Our recent find Konki takes this to heart and prides themselves on writing personal, soul-bearing music.

The new band from the Midwest blends together Hard Rock with Nu-Metal to craft something fresh and ever-changing. The music is heavy and soft (emotionally) at the same time. As Konki states “we write music for the downtrodden, overlooked, afflicted, and those who feel worthless.” These are people that can truly use the music.

The latest track by Konki is the powerful “Searching”. The elegant opening sets the tone for the listener to accept the music deep into their soul. As the sonic attack comes in we are fully hooked and heads will be bobbing along. The main key to thier music seems to be the emotional feeling to it. There is something heartfelt behind the song that makes it relatable for all of us.

We had the chance to chat with the band about their process and what is on the horizon. Enjoy the interview here:

First off, tell us about the name Konki?

Konki is a Japanese word that means patience, perseverance, and energy.

I didn’t want to name that was too long I really wanted it to be just one word.

Oh boy, the thing about that is, we have a lot of unreleased tracks.

we know the diversity of what’s coming

Every time I get asked this question I always kind of have to scratch my head because there really isn’t a simple answer.

Obviously it’s metal, but the sub genre type is really hard to nail down.

I know it’s super cliche to say that we are our own sound but for lack of a better term we kind of are.

So far at this point, no two of our songs sound the same.

My bandmates are not here to speak for themselves.

For myself personally my biggest influence is KoRn.

Are they always the absolute best band out there?

No, but they are consistent and I’ve stuck with them through all the good and bad times, I’ve been a fan of theirs since the super early 90s before everyone else latched onto them after follow the leader.

What is your songwriting process? How does a song come together for Konki?

Usually, I’m not a part of the music writing process, though I do submit rifts from time to time. Sometimes I come up with a good idea.

Usually my guitar player, Christopher Word will compose something on his own with programmed drums and bass and things like that to his guitar riffs and structures.

Then he will send it to the rest of us for approval.

We will tell him what we liked and didn’t like, what could be improved or not, sometimes it’s already perfect.

The rest of us get to work coming up with our parts.

After that we all get together and record.

We aren’t in a garage all day pissing off the neighbors, we’ve all already done that for years.

We basically do a lot remotely and then come together and record it all.

As far as the lyric writing process goes that is a whole other subject, that process isn’t always the same either. I am responsible for all the lyrical content.

Will first and foremost, I hope they like it.

Secondly, I hope that people actually listen to the lyrics and understand the what I’m trying to convey.

I try really hard to avoid metaphors if possible, I like my songs to be as straightforward as possible so that no one can misconstrued what I’m saying or put words in my mouth or anything like that.

I mean we’re writing songs about child abuse, the people I’ve lost due to  their heroin addictions, my daily struggle with my acute anxiety/panic disorder, and the state of the world today.

I feel like our content has a lot to devour, I hope that people can relate to it and be better for it.

Is there a story you can share about your latest single “Searching’?

Searching is a song about looking inside and finding your own self worth.

No one owes you happiness, you can’t base it on others or expect others to bring it to you.

You have to find it yourself first.

on the flip side of that it’s also about finding your place in the world.

Sometimes our songs have A and B plots.

Share some advice for other new bands trying to reach through to their fans?

Don’t be too prideful or stubborn to ask for help!

there are so many people in this world who have done this better than us that there is no reason not to ask for help or advice.

We all think we can do it on our own but there’s nothing greater than synergy.

Give us a look at the future of Konki?

Well as far as it goes at this point in time, we have enough singles to get us through for the next two years.

Our business model is to not release full albums all at once to avoid content fatigue.

Instead we fine-tune and release a single every other month so that we have proper time to promote and create a buzz for each song.

Over on our YouTube channel (youtube.com/konkiband) I have a series that goes along with each new single called “Knoki Explained”, where I take each track and go lyric by lyric, explaining further all the meaning behind my lyrics as well as Back stories and everything else.

You can also see our lyric videos on our YouTube channel as well as a lot more stuff in the future.

Thank you very much for having me!

Hopefully we will be able to do a lot more of these. 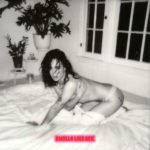 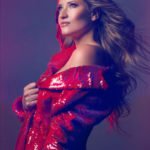 Root Mind Is On Their Way To Being ‘Heavy Hitters’