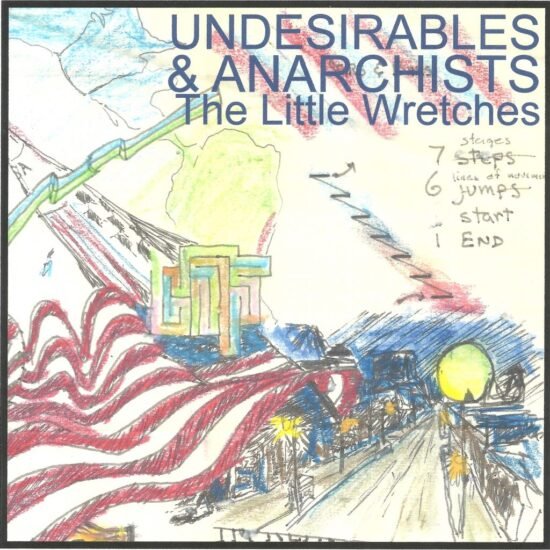 The Little Wretches, co-founded by two brothers Robert Andrew and Charles John Wagner, is a folk/punk band with its new album called “Undesirables and Anarchists.” The album consists of 12 hit songs that can enlighten the mood for any folk/punk music lover. Songs like “Silence”, “Who is America”, and “Running” have rich harmonics, and the message is straight-on. For the first time, listening to this album has been breathtaking for me as a music lover because the band was able to articulate life facts together with current situations in the world today and come out with a vibrant welcome piece. “Why not write a review about this album?” I told myself.

Since Robert and Charles founded Little Wretches, Robert always wrote original songs and adapted traditional folk songs. He tried to sing and accompanied himself on guitar while Charles worked out counterpoint melodies on violin. Chuckie (Charles) and Bob (Robert) were joined by former members of No Shelter, Ed Heidel on bass guitar and John Creighton on flute, percussion, and background vocals. Religious missionary Chris Bruckhoff was attracted to the group because many of the songs seemed to have spiritual content.

He believed he could recruit the members of The Little Wretches into his church by infiltrating the band. Like John Creighton, Chris sang background vocals and played various percussion and wind instruments. Bob Goetz played electric guitar and did some singing. Deena Alansky took pictures, tried to book gigs, and pasted posters all over town. The original line-up of The Little Wretches debuted at The New Group Theater (founded by Martin Giles in the spirit of the legendary progressive theater company, The Group Theater) along with the godfathers of the Pittsburgh hard-core scene, The Five. The earliest version of The Little Wretches came to an end with the sudden death of John Creighton. John never considered himself an actual member of The Little Wretches. Still, he was so much a part of the group’s sound and persona that his loss was devastating.

The Little Wretches Bring Us ‘Undesirables and Anarchists‘

For the first time on 14th June 2020 on Apple Music, the album surfaced, with most of the songs written by lead singer Robert Andrew Wagner. Robert has always boasted in his writing and has said that “My songs are mirrors.” He also adds to it by often beginning or ending his performances with a version of The Velvet Underground’s “I’ll be your Mirror.” The performance usually extends to more than ten minutes of images that shaped him as a young man.The songs of the album reflect so much on the current situation in America and the world at large. “Poison,” the second track on the album, talks about how we mean to always be woke in our everyday lives and to consider everything we do.

Whereas “Who is America” will teach you about everything that transpires in 21st century America through the eyes of funk artists. The album is a must-listen, and you should watch out for other songs like; Silence, twist the knife, I instead would go, Don’t you ever mention my name, All of my friends, and The Ballad of Jonny Blowtorch. To grab yourself a copy of this album from digital platforms, click on the links below: 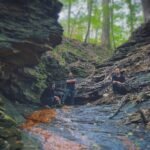 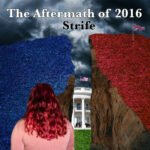