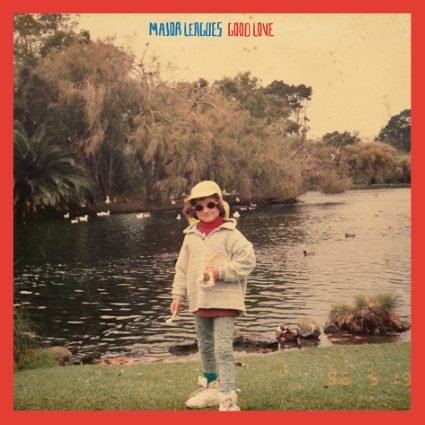 Just like music can take you away to another world, Major Leagues does the same with their new album “Good Love.” Every song contributes in creating a magical dreamland full of soft guitar melodies and smooth vocals. Forget about sleeping – you can have the best of dreams with Major Leagues right now.

“Good Love” stands out immensely with its ability to make you feel nostalgic with each single on the record. Instead of having a combination of different sounds throughout the album, Major Leagues write their own chapters of a dreamy, flowing story.

The album starts with “Swimming Out,” which contains a gentle, whimsical vibe that makes you want to drive down the coast with the windows down. With a sound similar to Tegan and Sara, Major Leagues makes your heart feel genuinely safe with its controlled melodies and compelling sounds.

The single “Good Love” is a stand-out in the album, starting with a high, catchy guitar riff. The hushed vocals are hypnotic, taking listeners back to their own good times. Whether those good times are falling in love or just embracing life, Major Leagues shares those moments with you.

“Holiday” is just another example of the days full of all sunshines and smiles. The melody is upbeat and exciting, yet lyrics are almost tragic with “Give me one more chance / I ruined it again.” Although the sound makes listeners feel soothed, the words perfectly depict reality.

Major Leagues has gotten it right – life is full of joys, but it is also full of deep struggles and pains. Each song is nostalgic and beautifully dreamy, but the band’s music contains an underlying tone of harsh reality. Major Leagues isn’t trying to sugar coat these struggles, but rather seeks to bring joy of them instead.

Maybe we should take a piece of advice from Major Leagues and do the same as well. 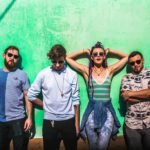 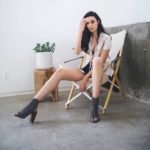