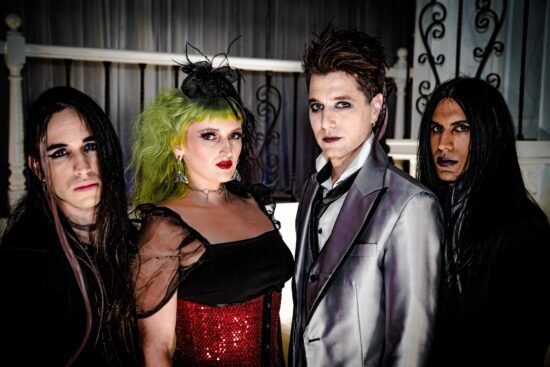 It’s a provocative, colorful horror show in the new music video for Makes My Blood Dance’s “Together Apart,” but considering the gothic direction the band is taking their sound in, we shouldn’t be all that surprised by the imagery here. While I liked what I was hearing when Makes My Blood Dance dropped their debut not too long ago, I love the enthusiasm they’re putting into this new look (literally), and I think that if they’re able to express as much as they are through every facet of a release, as they do with “Together Apart,” they’re going to be better off in the long run.

This single is a little less metallic than previous releases have been, but I don’t think it’s lacking in edge. While the guitars are still as loud as they’ve ever been, they’re not quite as biting as they could be, which lets the lead vocal take a much more prominent role in the hierarchy of the arrangement. This is a more lyrical track than I thought I was going to get from Makes My Blood Dance right now, but it’s nonetheless something I’m intrigued by as both a critic and a rock fan in general.

The goth aesthetical that we’re seeing and hearing in “Together Apart” doesn’t feel like a complete departure from who these guys already were, but it undeniably sounds a lot more natural than anything they’ve ever played before. They’re not concerning themselves with the surface-level elements of this performance – their hearts are in this thing for real, and we’re never left to feel like we’re listening to something that isn’t entirely authentic on the part of the singer in this track. It’s vulnerable in spots, but I think this is exactly what the band was trying to create here.

Makes My Blood Dance is showing us who they really are in “Together Apart,” and their eagerness to put this new style out before us so early on in their story says a lot about how seriously they take the rock n’ roll legacy. Instead of selling out for something entirely different than what they’ve produced thus far, they’re adapting to something that was always present in their sound, if not concealed by theatrics that, personally, I’m happy to see replaced with the brawn of “Together Apart.” Whether you were a Makes My Blood Dance fan ahead of time or not, this single just might sell you on their professional competence as a group. 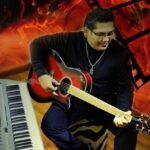 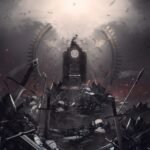