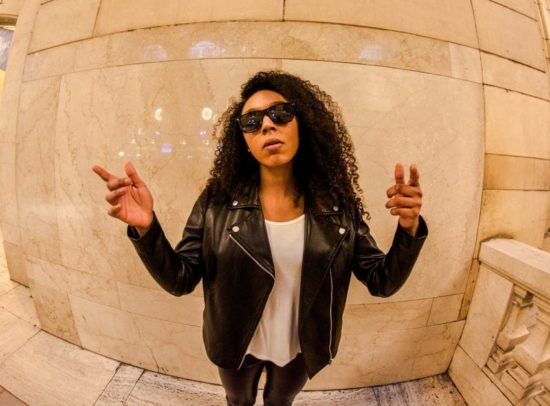 Mia LJ is on the rise following the release of her EP “These Are the Years.” At only nineteen, the singer-songwriter has gained a following of thousands. Her recent music video release of “This Livin” has already garnered 20,000 views in less than two months. We asked Mia about how she’s grown since her EP,  the inspiration behind “This Livin,” and what’s next for her.

Who is Mia LJ?
I am a 19 year-old self-taught multi-instrumentalist, singer, songwriter, and artist.
What drew you to music?
At the age of five years old, I became obsessed with the guitar. Personally, Jimi Hendrix & Lenny Kravtiz were massive inspirations.

How have you grown since your EP “These Are the Years?”

I’ve gone through quite a bit since my debut EP’s release just last year in both a personal and business aspect. Since then, my capabilities as a recording artist have grown more than I could have ever imagined. I’ve actually started to mix my own records, working within various spaces from legendary multi-million dollar facilities to private studio houses. I’ve always independently wrote & tracked my songs, but mixing was a new level of independent creativity for me to take on.
You mentioned the “business aspect.”
I formally established my business — DBA Mia LJ — in January of this year (2017). Being able to claim this feat at just 19 years old means a lot to me. It’s such a blessing to be able to do what I love and take care of myself at this age. If I were to touch on everything that’s happened behind the scenes, I’d be writing a book. More to come!
What prompted you to write “This Livin”?
This may seem crazy as the song was just released, but I wrote “This Livin” in 2013 (at 15 years old). My lyrics are often inspired by future success. “This Livin” was based upon childhood dreams which have transformed into my current reality. I’m sure everyone reading this knows that finding happiness in life isn’t easy.
Happiness and success don’t come easy these days.
“This Livin” was my way of manifesting a life I’d dreamt of for over a decade through music. Now 19 years old, much of what is described lyrically has come to fruition which makes it a perfect time for release. I am psyched to continue this journey as it’s just beginning!
The music video is simple and sleek. Who came up with the concept?
Thank you so much! I actually independently created the “This Livin” visual treatment just as I do with my music – every instrument and word you hear in addition to production elements. Being able to visualize what you hear as an artist is definitely an advantage as I’m very picky with my creative direction and quality. Simplicity is bliss. I’m very proud of “This Livin” but must stress, the follow-up releases are on a whole new level. Thankfully fans are really digging what I’ve served up thus far, so I can only imagine their response to what’s coming.
What inspires you, both to write about and to keep pursuing music?
My day to day life has been a movie for lack of better words. Imagine that feeling you get when watching one of your favorite movies, even better — a movie you create. The suspense is insane. Life is unpredictable. You have no idea what’s going to happen next let alone how it’s going to end. This is what keeps me going in my pursuit. There have already been so many surprising parts of this movie that I’ve grown to love. I could never stop.
When it comes to writing music, I am not as inspired by my past as I am by now or the future. Lyrically, words just spill out of me. Occasionally, I use memories of frustration and lust as inspiration when writing about my past experiences. From a more subconscious perspective, self-prophesying lyrics are my favorite. They come with much ease as watching dreams go from my head to reality is incredibly invigorating.
What’s next for Mia LJ?
Better. Better music, better visuals, better live shows, better person, better life. Better.
You can find Mia on Twitter and Instagram. 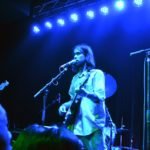 (Sandy) Alex G Delivers an Electric Show at California's... Previous
Black Lips Brings Heaven to Earth at the Observatory Next 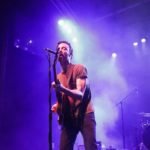