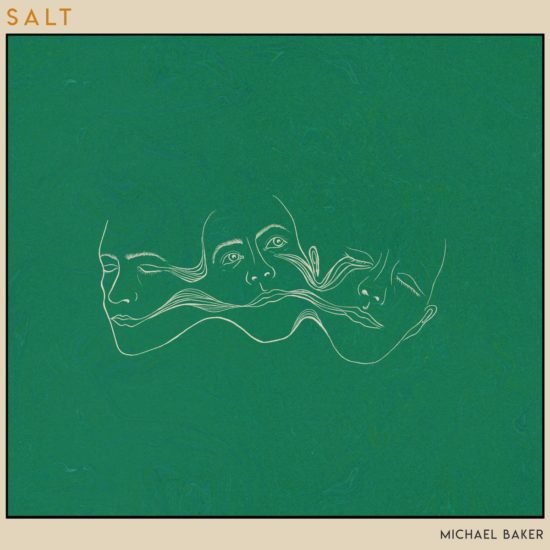 In a world full of acoustic singer-songwriters, it takes something special for an artist to stand out. Luckily for Michael Baker, he has done so by consistently releasing songs of a high calibre that ooze genuine emotion. His debut album Dust & Bone was the perfect showcase of his talents at work.

Now, Michael Baker returns with his new album Salt. When talking about his latest offering, he says “My first album was your classic, for want of a better word, heartbreak record. Coming past that period of my life, I made this album the one where I was able to talk about mental health. I was turning 30 in the music industry, that was hard. You question a lot of things at that age until you start realizing that it’s not all that serious. Ultimately, it was the happiest two years of my life while making this record. I have a wonderful girlfriend, wonderful friends, but still the same mental health problems that I’d been able to blame on other things before. It shocked me that I was still having these ups and downs.”

So, why do people need to listen to Salt? First of all, let’s talk about his music which has always had a beautiful and free-flowing nature. His early work focused around his acoustic guitar, but his debut album Dust & Bone showcased a new fuller sound. With this new release, he is still looking to try new things and push his arrangements.

He has said, “I absolutely love artists like Cat Stevens and Bon Iver. What I did with this album was combine my love of Country and Electronic to my sound”. Salt is an album which offers a range of sounds which helps to make each story stand out. From acoustic tracks like “Shed My Skin” to “Big Moon” which shows off his love for country music.

Baker’s vocals accompany his impressive soundtrack. They interweave to help bring his words to life. Even during his early works, his emotive voice has always stood out. When he sings, he does so with so much soul that you not only hear each word, but you feel it too. “Claire” is a song which perfectly demonstrates this ability. It is clear from its opening lines “So cut it up and let it ride / Just swan it up around”, his gentle tone draws in the listener. As he shares his story, it is done so in an effortless manner which oozes genuine emotion. In a way that shows he has a special connection with what he has created.

When it comes to Baker’s songwriting, he has never failed to impress. With Salt, he seems more confident with his way with words as they have become more honest and at times, more personal. The perfect example of this is “They Look Like They Know”. The beautiful intro sets the mood for his tale to begin. It does so with the lines “So much living in a room / And the wind chimes sounded like the fallen rain / And you look just like you know / You look just like you know”.

His words provoke imagery as he sets its opening scene. His voice floats effortlessly to showcase his storytelling qualities. It does so to the end as he closes with “Now there’s singing in the chapel / For the people are praying to a different god / And they look just like they know / They Look Just Like They Know”.

Picking a standout of favourite track from this album is a tough challenge, as each story has something different to offer. “Baby Books” came close to becoming the number one choice. Its subtle use of electronic elements is a little different to his usual sound. However, it is a change which suits him well, and future releases should feature this trait.

However, to hear Baker as his best, look no further than “Past the Evening” which steals the show. His acoustic guitar sets the mood before his gentle tone to come in with “Maybe just a little more travelled / Than we’ve been before / I got my head upon a highway / Well I’ve been here before”. Its Americana undertone is an excellent addition to its soundtrack. The song has a simple feel to it and lets the listener appreciate the soothing vocals and impressive lyrics that are on show. Especially with verses such as “They’re playing Ring Of Fire down the hall / The record player guides me through / Past the evening / Through the comedown / Till the morning”. A track that is also one of the finest he has created.

Michael Baker continues to evolve his craft and somehow eclipses his previous releases. Salt is a collection that shows he has pushed his songwriting and has created his best work to date. It is an honest album which wears its heart on its sleeve. 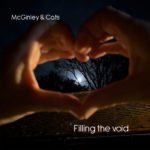 McGinley And The Cats Are "Filling The Void" With Their... Previous
Andy Michaels - 'Darling It Hurts' Next 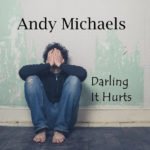