“Despise the Lie” with Mike Bee and the Dead Soldiers 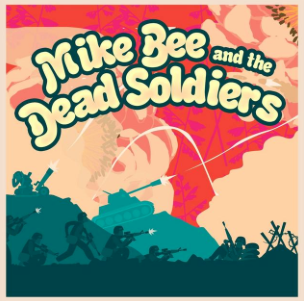 If there’s one way I could describe Mike Bee and the Dead Soldiers’ track “Despise the Lie,” it would probably be creepy. Not saying it in a negative manner, this song just seems to have a very eerie tone to it which is only amplified through the haunting vocals.

Mike Bee and the Dead Soldiers is a new project from artist Mike Bee, former bass guitarist for Chicago based group Malukosamba. Having not only his previous group in his musical repertoire, it’s easy to say that Mike is no stranger to the music scene. This new project of his is just his latest venture into the many styles of music.

Mike Bee and the Dead Soldiers and Their Creepy Vibes

This track comes along with a somber music video, which is very dreary throughout. This only amplifies the tone of the song overall, which starts out very intense almost immediately. Listening to the lyrics of this song only adds to the feeling of sadness which is portrayed through each aspect of the track. Something about the tone of his voice makes it feel a bit like a horror movie, having that perfect sound to creep you out and make you feel something.

The drumming within the song seems to take the stage most of the way throughout the track, as it builds up the intensity of the track and really stands out making the song its own. The way that the vocals seem to blend so well with the instruments and create a very seamless flow makes it a very interesting listen, as if the lyrics hadn’t accomplished that first themselves.

There’s no aspect of this track that leaves you needing more as it delivers every aspect of true music. The trouble with this would be categorizing the track, as it seems to embody many different genres and sounds all in one.

You can listen to “Despise the Lie” over on YouTube or Spotify. 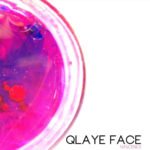 Powerful Prog-Rock on New EP by Qlaye Face Previous
Jarryd James takes 'High' to a New Level with Passionate... Next 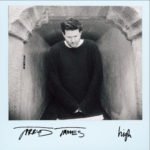